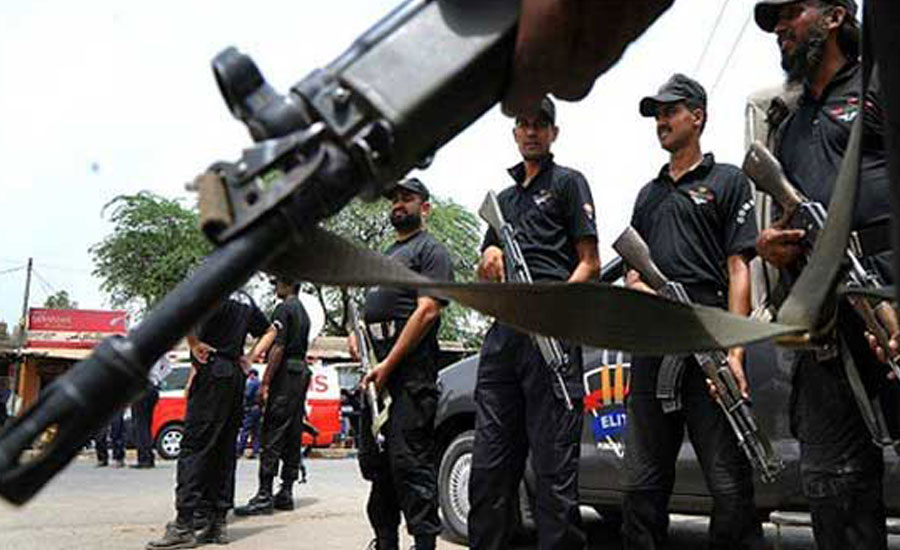 LAHORE (92 News) – The Counter Terrorism Department (CTD) Khanewal has arrested three claimed to have arrested three alleged terrorists associated with a banned organization during intelligence based operation. According to the reports, the arrested terrorists were identified as Saqibullah, Masab and Asif Nadeem. The arms and explosives have also been recovered from their possession. It was reported that they were collecting funds for their outfit and planning to attack a sensitive installation in Khanewal.

A day earlier, the Counter Terrorism Department (CTD) Multan has killed two alleged terrorists, while three others managed to escape in a shoot-out last night.

According to CTD spokesman, the department received information from a credible source that some four to five militants belonging to a proscribed organisation are planning to assassinate officers of a sensitive agency in Multan.

The CTD team raided at Durana Langna and challenged the militants  to surrender. Instead, the terrorists started firing. Resultantly, two terrorists identified as Rizwan and Imran Saqi were found dead. Meanwhile, two to three other militants escaped taking benefit of darkness. Some nine hand grenades, two pistols, ammunition and cash were also recovered during the operation. The two dead terrorists were involved in killing and kidnapping, kidnapping of foreigner from Lahore and other crimes. The further investigation is being launched into the incident.