Three bombs kill 15 in Kabul as US general visits 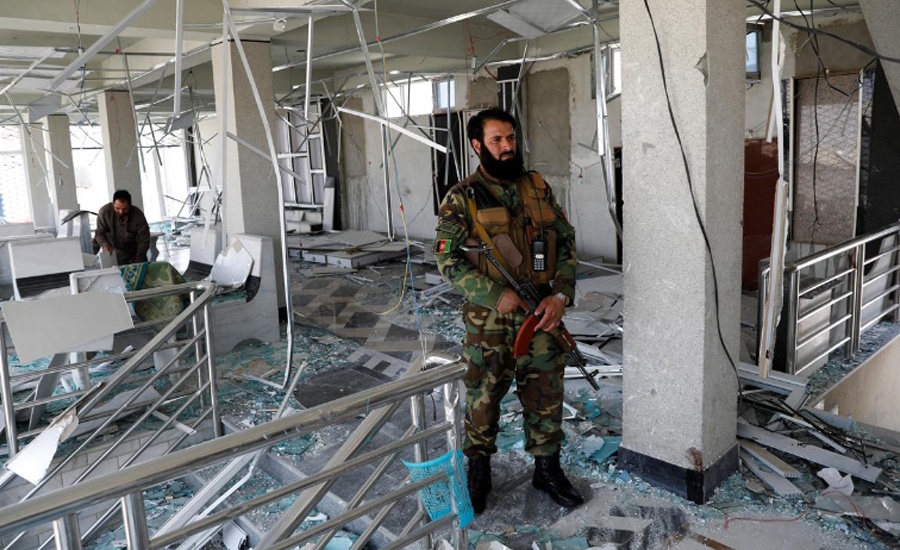 Three bombs kill 15 in Kabul as US general visits

KABUL (Reuters) - Three bombs rocked the Afghan capital of Kabul on Thursday, killing at least 15 people, officials said, as the chairman of the US Joint Chiefs of Staff was meeting top US and NATO officials in the city. Eight employees of the ministry of mines and petroleum were killed and 27 wounded in an attack on their bus, ministry officials said in a statement. Five women and a child were among the dead. Minutes after the blast, a suicide bomber blew himself up a few meters away, killing at least seven people and wounding 20. “First a magnetic bomb pasted to a minibus exploded, then a suicide bomber blew himself near the bus attack site and the third blast happened when a car was blown up by unknown militants,” said Nasrat Rahimi, a spokesman of the interior ministry in Kabul. “The death toll could rise from all the three blasts,” he said. The Taliban, fighting to restore strict Islamic law after their 2001 ouster at the hands of US-led troops, claimed responsibility for the car bomb alone. Spokesman Zabihullah Mujahid said nine foreign forces were killed and two vehicles destroyed, but government officials did not confirm the Taliban claim. US Joint Chiefs of Staff chairman Marine General Joseph Dunford also met US peace envoy for Afghanistan, Zalmay Khalilzad, who is leading talks with Taliban militants to end the 18-year-long war. The United States is trying to negotiate a deal that would see foreign forces pull out of Afghanistan in return for security guarantees by Taliban militants, including a pledge that the country will not become a safe haven for terror groups. Afghan security experts said the insurgents were increasing attacks to gain greater leverage in the peace talks. The eighth round is expected to begin this month in Qatar. The Taliban also clashed with Afghan forces in northern province of Takhar to secure control over checkpoints and capture several districts. Both sides said that they have inflicted heavy damage on their opponents. In the eastern province of Nangarhar, a roadside bomb hit a wedding party on Thursday. Six women and three children were killed in the blast in Khogyani district, the provincial governor’s office said in a statement. No group has claimed responsibility for that attack.