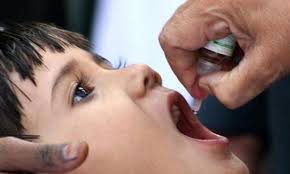 LAHORE: (92 News) – The three-day anti-polio drive will start across Punjab on Monday. The authorities have formed 40,000 teams to administer anti-polio drops to 18 million children under five years of age. Arrangements have been made to administer the drops to children at the entry and exit points of the province as well as at railway stations and airports.