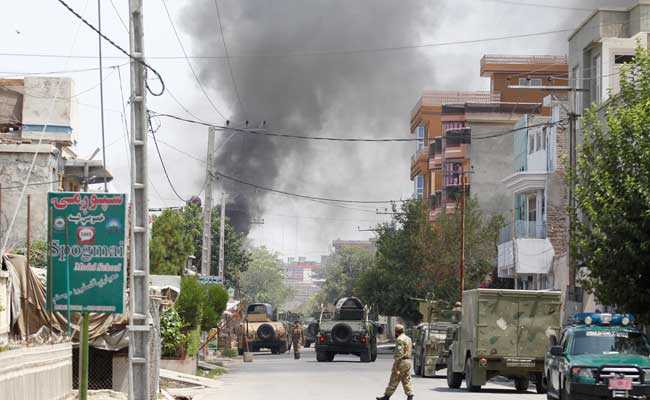 JALALABAD, Afghanistan (Reuters) - Gunmen stormed a midwife training centre in the eastern Afghan city of Jalalabad , fighting security forces for several hours and killing three staff. One of the attackers died early in the operation after detonating a suicide bomb but a second held out for several hours before being killed, provincial government spokesman Attaullah Khogyani said. A driver and two security guards were killed and seven people were wounded but 63 other people, almost all women, were rescued unharmed from the compound, which contained a training facility and a student residence. Gunfire and sporadic explosions were heard during much of the day and clouds of black smoke rose from the area.