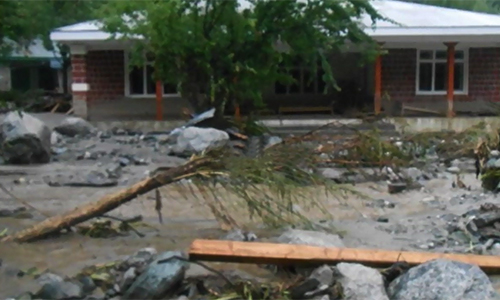 ISLAMABAD (92 News) – Three people were killed as floods and rains continued to wreak havoc across the country on Saturday. A high flood was reported at Chashma, Chachran and Guddu in the Indus River. Over 50 villages were inundated in Ghotki. The flood affectees are forced to stay in the open. On the other hand, the flood caused more devastation in Chitral. The floodwater changed the map of Bamborait. Over 40 houses, two guests houses and 15 hotels, including one owned by the TDCP, were washed away by the flash flood on Friday night. Meanwhile, three people were killed during torrential rains in Khyber Pakhtunkhwa, including Peshawar. Floodwater entered the houses after the breakage of a dyke of Kabul River in Nowshera.