Three die, several injured as two trains collide with each other in Hyderabad 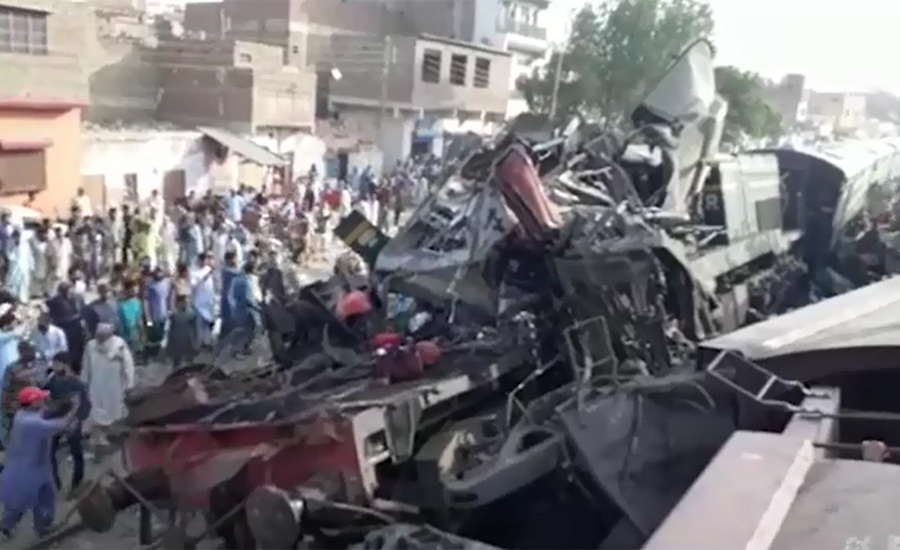 Three die, several injured as two trains collide with each other in Hyderabad

HYDERABAD (92 News) – Two people were killed and several others injured when two trains collided with each other near Pathankot, Hyderabad on Thursday. The victims include Jinnah Express Driver Aslam and assistant drivers Yasir and Nauman. The accident occurred when Jinnah Express and a freight train came on the same track. The rescue teams reached the spot and launched the operation. Minister for Railways Sheikh Rasheed said that the train was heading to Hyderabad from Kotri. He said that they had information about two deaths. He added that the investigations are underway whether it is an accident or negligence. The authorities have cleared the down track. The Trains Driver Association office-bearers said that the signal could not be rectified despite the complaint. Train accidents have increased manifold since Sheikh Rasheed assumed the ministry. During six months, 44 major accidents have occurred. According to a report, four accidents of derailment happened in December, five in January, six in February, 10 in March, six in April, five in May and eight in June. As many as 17 passenger and 27 goods trains met accidents. However, the incidents of engine failure and fire incidents in saloon, power vans and bogeys have not been included in the report.