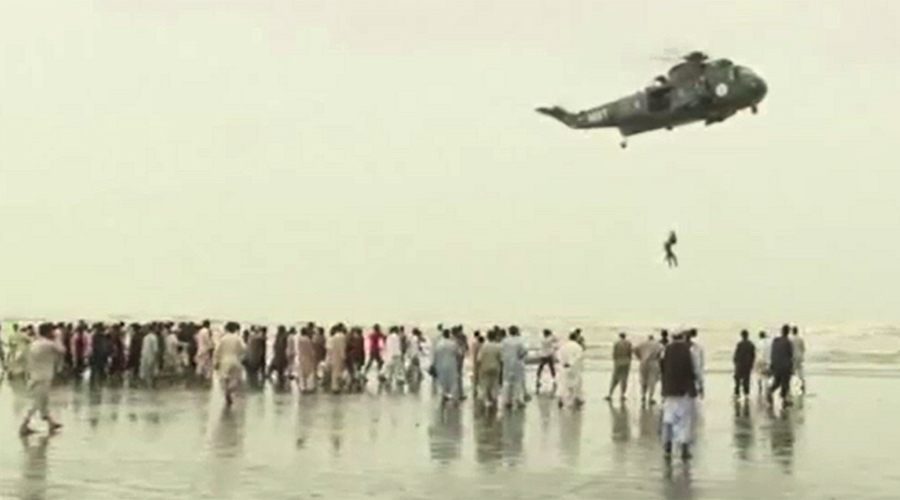 KARACHI (92 News) – Three people drowned at Manora Beach, Karachi on Thursday. The Navy jawans rescued two people who were identified as Qasim and Nabi Hussain. Meanwhile, the police arrested 39 people on the charge of violating the ban on swimming in the sea. Later, the arrested people were produced in court that ordered to release them on personal surety bonds worth Rs 5,000 each.