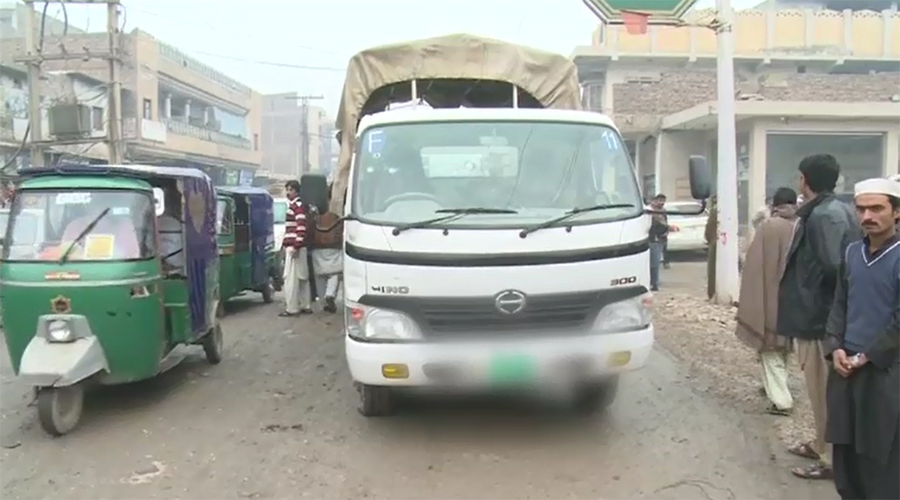 PESHAWAR (92 News) – Three officials of Frontier Constabulary were martyred when a bomb went off near their vehicle in Bashirabad on Tuesday. SSP Operations told the media that four people were injured in the blast. The injured have been shifted to hospital. Law enforcement agencies have besieged the area.