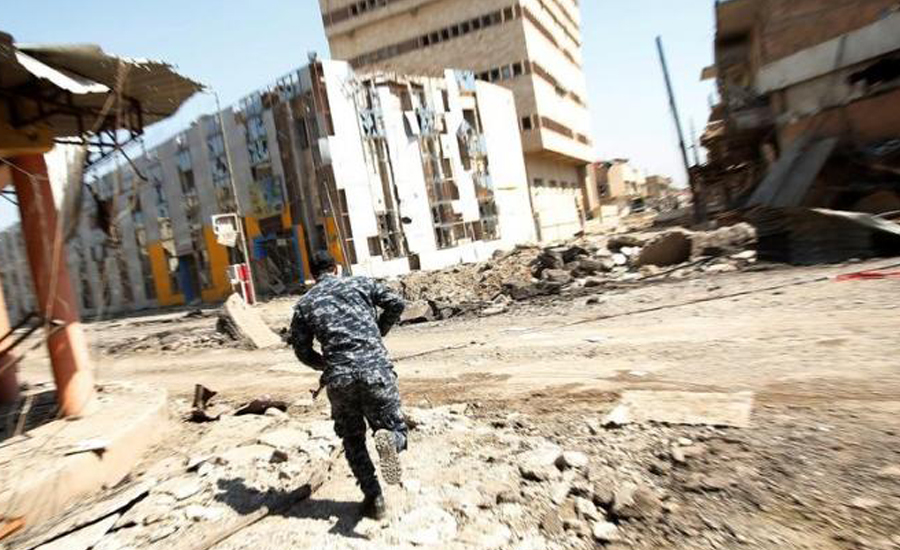 MOSUL - Three policemen were killed on Sunday in a suicide attack south of Mosul, the northern Iraqi city where Islamic State is fighting off a US-backed offensive, security sources said.

A group of about 10 assailants, including four suicide bombers, had tried to infiltrate a Federal Police helicopter base in Al-Areej, a police captain told Reuters.

Islamic State's Amaq news agency said the attack was carried out by two members who detonated their explosive vests after running out of ammunition.

It is the first major attack targeting government forces in this area since those forces took it back in February, four months after launching an offensive on Mosul.

Several camps for people displaced from Mosul are located in a nearby town, Hammam al-Alil, which is also a centre of operations for international aid organisations.

Islamic State is now besieged in the northwestern part of Mosul, an area that includes the Old City. Its Grand al-Nuri Mosque is where the group's leader, Abu Bakr al-Baghdadi, declared a "caliphate" over parts of Iraq and Syria in mid-2014. -Reuters