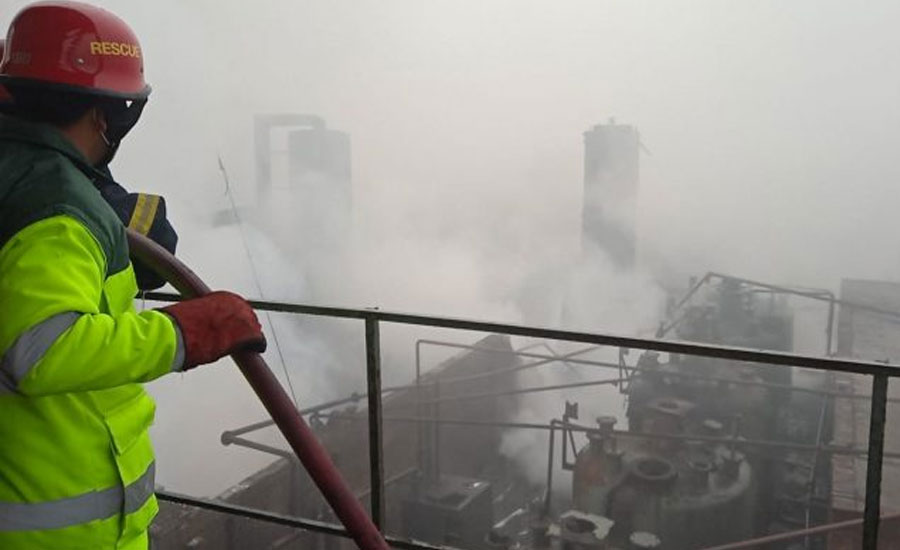 SHEIKHUPURA (92 News) - Three laborers were killed when fire erupted in an furnace oil factory in Sheikhupura’s area of Muridke on Thursday morning.

According to the reports, the fire was erupted due to the explosion of the boiler. However, the rescue teams evacuated several people trapped inside and put out the fire. The fire destroyed a large portion of the factory.

A portion of the factory collapsed during the fire. Ten fire trucks and 30 firefighters have reached the site and doused the blaze. They have called in additional fire trucks from Lahore and other cities. The bodies have been moved to a hospital and the process of identification is currently under way.

People living in nearby areas said the fire is so intense that the cloud of smoke can be seen from kilometres away.

Punjab Chief Minister (CM) Usman Buzdar took the notice of matter and sought a report of the incident.