HUB (92 News) - Three passengers lost their lives and several others sustained injuries in a horrific passenger coach-van collision near Wandar Hassan hotel in Hub on early Sunday, police said. The deceased were said to be residents of Mirpur Khas Sindh. Preliminary reports suggested that one of the tyres of the passenger coach got burst and it rammed with a big bang into a high-roof van coming from opposite direction. 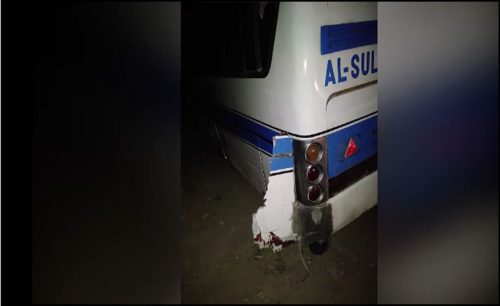 Police said three passengers riding van died while several others injured. The van was going Karachi from Pasni at the time of the incident. The van was almost destroyed owing to huge collision. Police shifted the bodies and injured to a near-by hospital through ambulances and police vehicles. https://www.youtube.com/watch?v=QbQ8tgxJ7VU