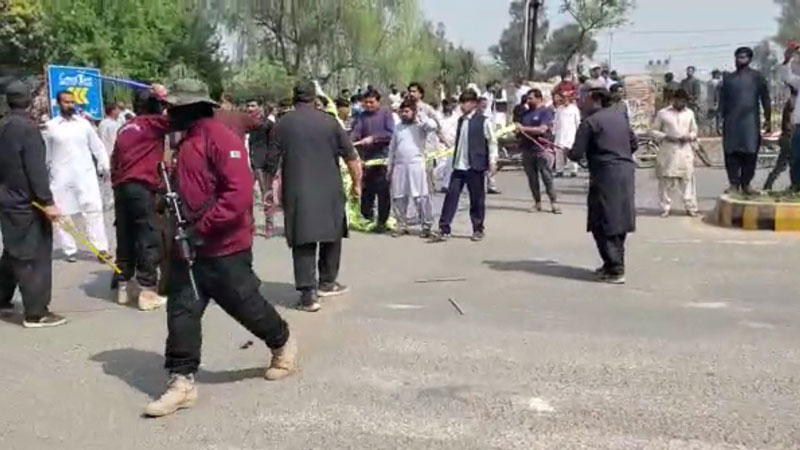 GUJRANWALA (92 News) - Three people were killed and 10 injured during a clash between landowners and security guards of the Royal Palm City, a private housing society in Gujranwala, on Tuesday.

According to the reports, a barrage of bullets fired at those demanding their rights in Gujranwala as at least three people were killed and several others were injured when Royal Palm City Housing Society guards opened fire on them.

The guards opened fire on protesters when the landowners protested outside Royal Palm City over land grabs. The heirs blocked the GT Road by placing their bodies.