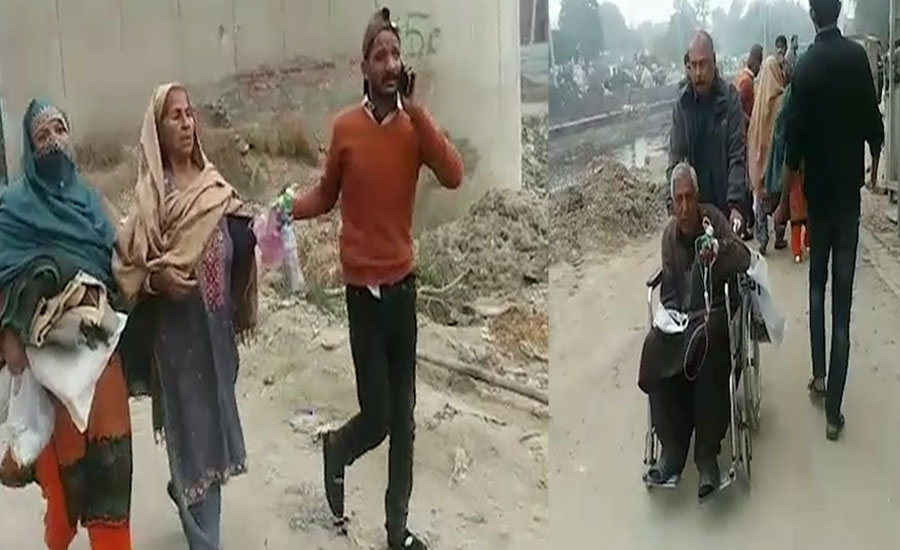 LAHORE (92 News) – At least three patients lost their life during the attack at Punjab Institute of Cardiology (PIC) by lawyers stormed and ransacked PIC in protest against doctors on Wednesday. The administration hided to save their lives when the PIC was attacked by the rioters, however, the process of treatment for patients stopped for a while and three patients died during this horrible scene. When the enraged layers attacked at the PIC, the patients also harassed and the doctors ran from the scene left patients on mercy of God. They left the medical examination of patients as well as the patients and their relatives also compelled to flee for saving lives. One relative of patient said that the lawyer snatched oxygen bag and another old-aged woman narrated the story of hooliganism by the lawyers. 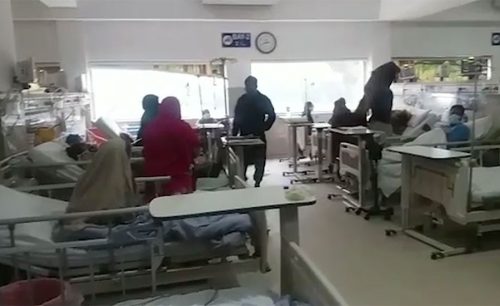 Doctors were made hostage by lawyers for almost two hours. Doctors chanted slogans against Dr Yasmeen. The protesters forcibly entered PIC where a heavy contingent of the police was already present. They also beat up the media persons and stopped from covering the event. They also entered the ICU. https://www.youtube.com/watch?v=JhEPIICDvdA A rally attended by hundreds of lawyers stormed Punjab Institute of Cardiology (PIC) in Lahore attacked the PIC hospital after raising slogans in different wards and some people entered into the operation theatres which led to the stoppage of the scheduled surgeries of cardiac patients. The participants of the rally also shattered the window glasses of out-patient department (OPD) wards, as well as many vehicles present inside the hospital. Dr Asif, Patron-in-Chief of Young Doctors Association (YDA), told that the physicians and nurses were attacked and brutally tortured by the lawyers at the PIC hospital. He alleged that the situation turned violent when some lawyers raised slogans to kill the doctors. Later, the police personnel charged baton and fired tear gas shells to disperse the protesting lawyers for bringing the situation under control. The protestors were dispersed after baton charge and usage of water-cannon by the police officials.

Punjab information minister Fayyazul Hassan Chohan was slapped and tortured by outrageous lawyers outside Punjab Institute of Cardiology (PIC) hospital in Lahore. The lawyers, who were protesting inside PIC hospital over a dispute with young doctors, slapped and severely tortured Punjab’s information minister Fayyazul Hassan Chohan when he arrived at the hospital’s premises to hold talks with them. During the protest, Gulshan Bibi, 70, who was being treated at PIC died after doctors and staffers vacated the hospital. All the operations were halted after the incident. Owing to the protest, emergency of the Services Hospital was also closed.

Chief Minister Sardar Usman Buzdar has taken notice of the incident and ordered an inquiry into the matter. He has formed an inquiry committee to probe the matter. The committee will comprise of Punjab Health Minister Dr Yasmin Rashid, IGP Punjab Shoaib Dastgir, Home additional chief secretary and Specialized Health and Medical Education secretary. The committee will prepare a report and submit a report to the chief minister. It will also determine involved in hooliganism.