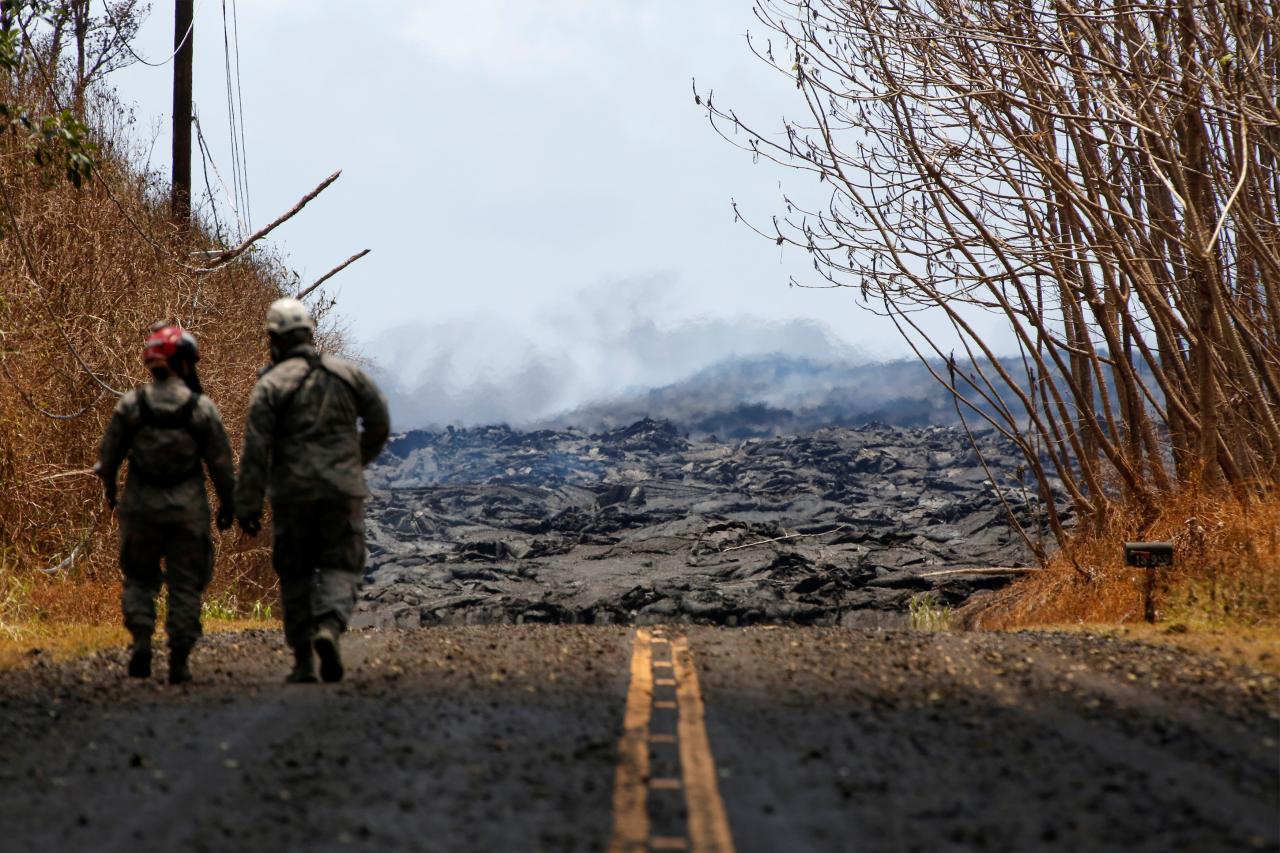 PAHOA (Reuters) - Three people were airlifted to safety as lava from Hawaii’s Kilauea volcano threatened an isolated area where they had become trapped, the National Guard said. The two men and a woman became the latest in a series of evacuations on Hawaii’s Big Island forced by the volcano, which has been erupting since May 3. On Saturday, National Guard troops, police and firefighters ushered evacuees from homes on the eastern tip of the island, hours before lava cut off road access to the area, officials said. A stream of lava as wide as three football fields flowed over a highway near a junction at Kapoho, a seaside community rebuilt after a destructive eruption of Kilauea in 1960. The lava flow left Kapoho and the adjacent development of Vacationland cut off from the rest of the island by road, according to the Hawaii County Civil Defense agency. Lava also destroyed a freshwater lake, boiling away all of the water in it, the Hawaiian Volcano Observatory reported. Authorities since Wednesday had been urging residents of the area to leave before lava spewing from a volcanic fissure at the eastern foot of Kilauea reached the area. The final phase of the evacuation was carried out late on Friday and early on Saturday by fire and police department personnel, with help from the Hawaii National Guard and public works teams, county civil defence spokeswoman Janet Snyder told Reuters by email. An estimated 500 people live in the Kapoho area, but Snyder said it was not immediately clear how many residents, if any, had chosen to stay behind. Another 2,000 people have already been evacuated from Leilani Estates, an area further west where dozens of homes have been devoured or cut off by rivers of lava streaming over the landscape since May 3. For those whose homes have been unscathed, the prolonged strain of uncertainty has grown increasingly difficult.