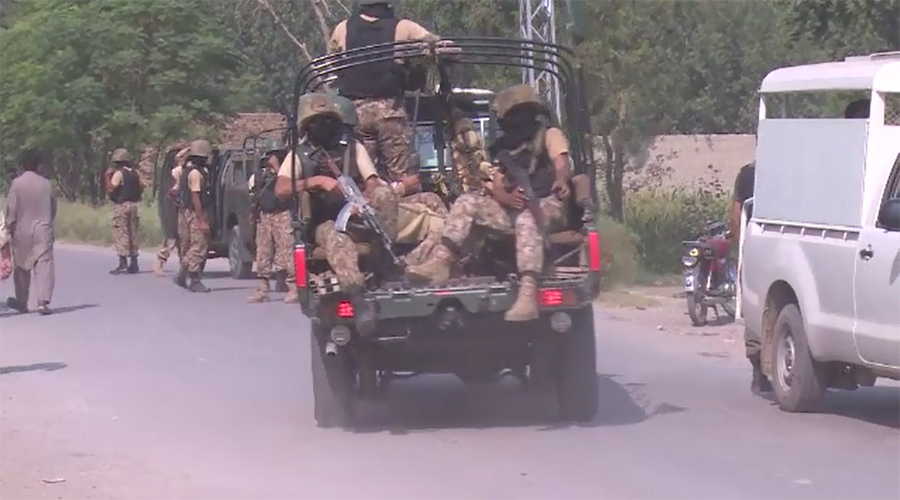 PESHAWAR (92 News) – At least three people were killed when some unknown armed men opened firing near Benazir Women University on Sunday. As per details, the incident occurred near Benazir Women University in Garhi Sohbat Khan area when some unidentified armed men opened firing, killing three security forces personnel on the spot. The security forces personnel were identified as Abdul Rehman, Muhammad Iqbal and Muhammad Farid. According to eye witnesses, the attackers were riding a motorcycle. Police have also recovered bullet shells from the spot.