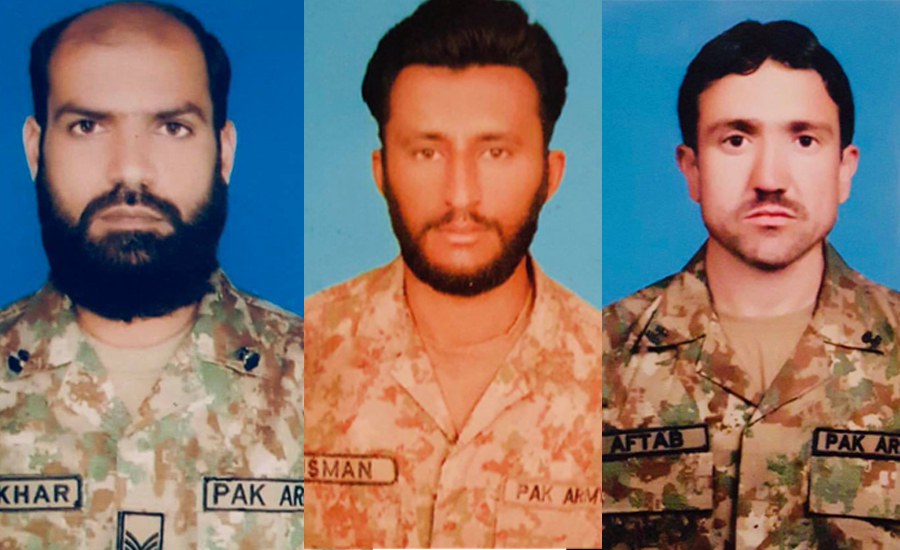 RAWALPINDI (92 News) – Three soldiers were martyred while five terrorists killed in an exchange of fire along Pak-Afghan border in Shawal, North Waziristan Agency on Friday. According to the ISPR, the martyred soldiers include Havaldar Iftikhar, a resident of Sargodha, Sepoy Aftab from Chitral and Sepoy Usman, a resident of Gujrat. Terrorists from across the Pak Afghan border attempted multiple physical and fire raids on Pakistan Army posts, but security forces valiantly repulsed all attempts to overrun posts and inflict a major damage.