ATTOCK (92 News) – The law-enforcement agencies have on Wednesday apprehended at least three terrorists during a raid in Bahtar Police precincts. As per details, on a tip off, Pakistan Rangers and Attock police carried out a raid in Bahtar Police precincts and detained three terrorists. Huge cache of weapons and explosive material was also recovered from the terrorists. The arrested terrorists were shifted to undisclosed location for further interrogation. 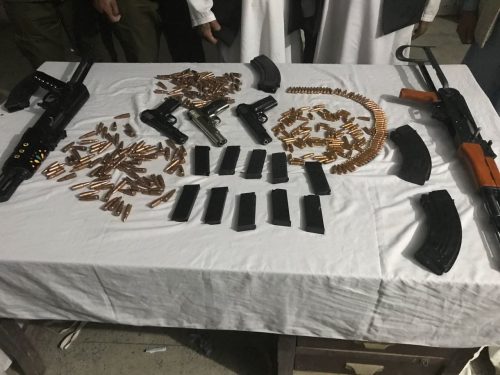