Three terrorists gunned down in Karachi 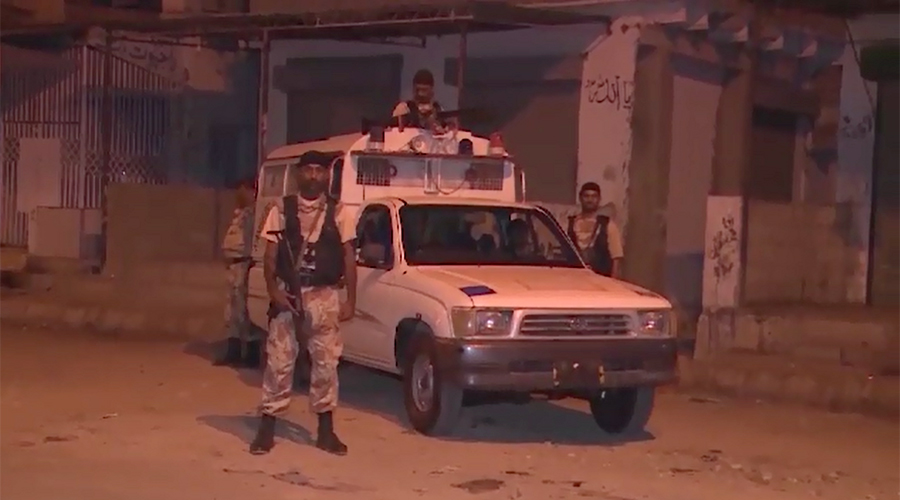 Three terrorists gunned down in Karachi

KARACHI (92 News) – Sindh Rangers have on Thursday gunned down at least three terrorists, while two paramilitary force personnel injured in a shootout in Yousaf Goth area of Karachi. Sindh Rangers spokesman said that on a tip off the presence of terrorists in the area, the paramilitary force carried out a raid in Yousaf Goth area of Karachi. The terrorists hiding in the area opened firing, injuring two Rangers personnel, in retaliation, three terrorists were killed on the spot. The law enforcers have also recovered weapons from the possession of slain terrorists. On the other hand, at least three accused including wanted criminals were apprehended during a raid in Shah Faisal colony. The arrested criminals include Irfan Khan, Shahzaib and Faisal who were involved murder, street crime and other activities.