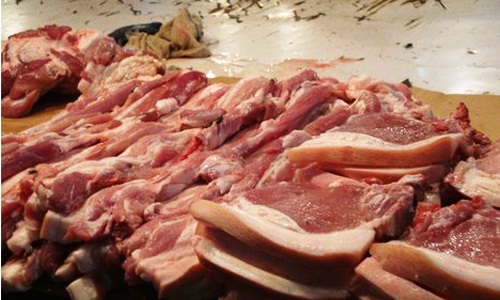 LAHORE: As much as three thousand kilograms of dead meat was confiscated at the Babu Sabu interchange on the motorway near Lahore, 92 News reported on Sunday. The driver and person accompanying him were taken into custody. The police launched an FIR against the arrested and started investigations into the case. Cases related to dead meat and other unhygienic food products have been surfacing in the past recent days.