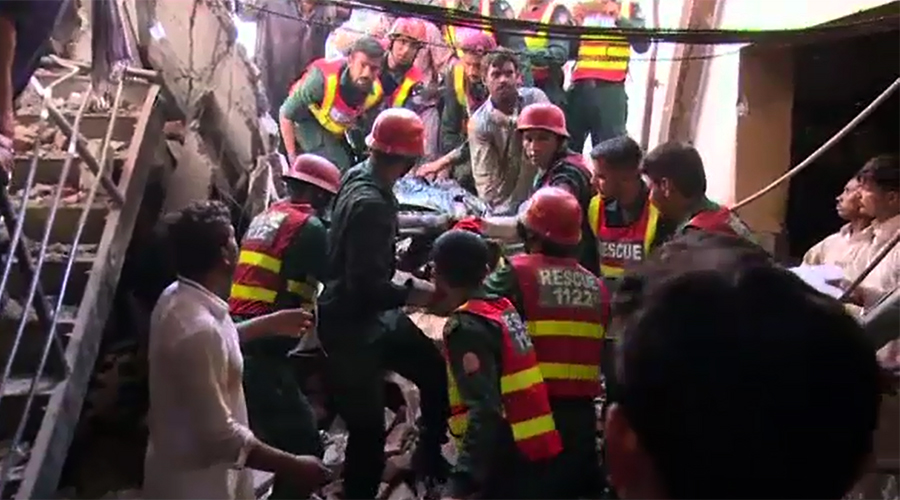 LAHORE (92 News) – Three workers were killed and four others injured when a boiler exploded in a factory at Shahpur Kanjra on Saturday. After the explosion, the roof of the factory also collapsed. A large number of people reached the spot and launched the rescue operation. Khizar Hayat, 22, and his brother Waqar, 18, and Safdar, 15, were found dead. The injured have been shifted to hospital. Locals told 92 News that the owners fled after the explosion after locking the factory. District Emergency Officer Ahmed Raza said that they had completed the rescue operation. He said that the portion of the factory constructed illegally had collapsed.