Tiger has no plans to retire, 'no hurry' to return either 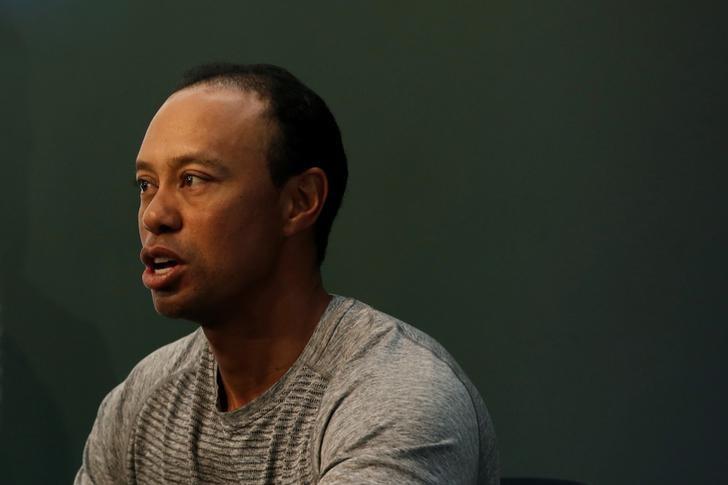 Tiger has no plans to retire, 'no hurry' to return either

Tiger Woods may be in the midst of yet another lengthy recovery from his fourth back surgery but the former world number one said on Wednesday he now felt better than he had in years and had no plans to retire from competitive golf.

The surgery Woods had in April has a typical recovery time of six months and, while he still has very limited mobility, the 41-year-old American was firm in his resolve that he will again compete with the world's best golfers.

"I want to say unequivocally, I want to play professional golf again," Woods, commenting for the first time since his surgery, said on his website (tigerwoods.com).

"Presently, I'm not looking ahead. I can't twist for another two and a half to three months. Right now, my sole focus is rehab and doing what the doctors tell me. I am concentrating on short-term goals."

Woods, second on the all-time list with 14 major titles, has played sparingly since returning to golf in December after a 16-month layoff following back surgery.

He missed the cut at the Farmers Insurance Open in January and withdrew from a European Tour event in Dubai after a first-round 77.

Woods only decided on surgery because he could no longer live with the pain, adding that even lying down hurt and that he tried every possible non-surgical route but nothing worked.

"I haven’t felt this good in years," said Woods, a 79-times winner on the PGA Tour.

"My surgeon and physiotherapist say the operation was successful. It's just a matter of not screwing up and letting it fuse.

"I'm walking and doing my exercises, and taking my kids to and from school. All I can do is take it day-by-day. There’s no hurry."

Woods also said he did everything he could to play in last month's U.S. Masters, where he has not competed since 2015, but that the pain was too great.

"The pain was post-impact when I swung the club. I figured, 'Can I handle it?' This time the answer was, 'Probably not.' That shows the effect nerve pain can have," said Woods, a four-time Masters champion.

"Obviously, it was a huge disappointment not to play. I hate to miss any major, especially the Masters, but the reality is I just couldn't play." –Reuters