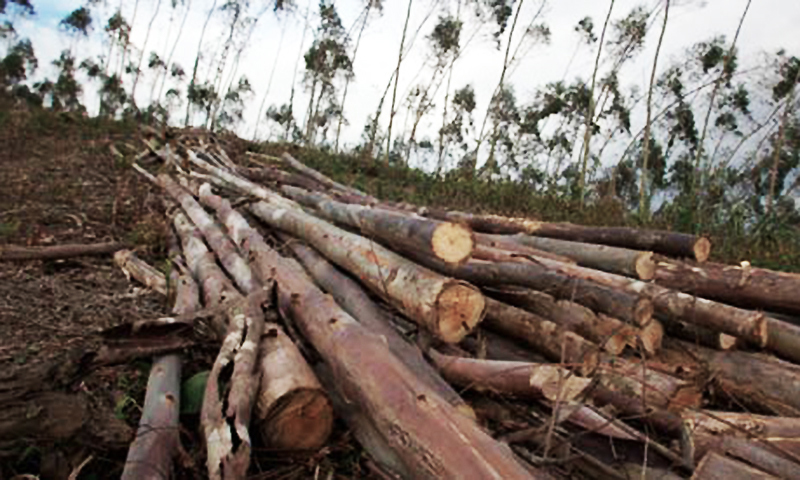 Mian Shahid ISLAMABAD – The timber mafia has stolen 95 percent of costly trees under alleged patronage of some big politicians, leaving thousands of residents at the mercy of wild mulberry trees causing pollen allergy. Residents told 92 News that the lush green forests of Islamabad until 2005 were giving a deserted look. They alleged that several political bigwigs were involved in the illegal business. They said that a person cutting a ‘Miswak’ was fined Rs 60, while the timber mafia was stealing costly trees from green belts in broad daylight. “Only dry weeds are visible at the places where dense forests of pine existed a few years back. It is pity that the timber mafia has cut all the remaining trees,” they maintained. They disclosed that stolen timber was taken from one bank of Rawal Lake to another by boats. Cutting of trees is a crime in some countries, but no law exists to punish people involved in this activity in Pakistan. It is pity that timber thieves are just fined Rs 1,000 per tree, which is later sold at an exorbitant price.