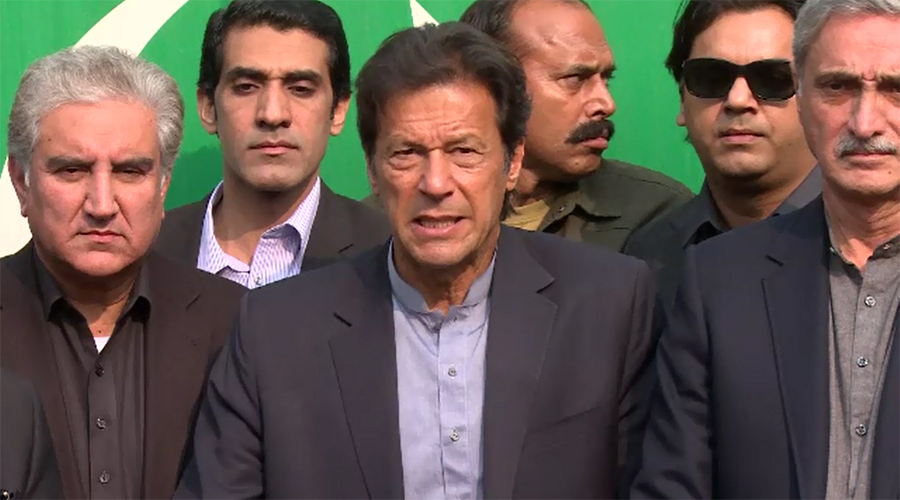 ISLAMABAD (92 News) – PTI chairman Imran Khan has said that time to form the commission has passed and he is disappointed at not hearing the case on daily basis. Talking to the media after a party meeting at Bani Gala on Friday, he said that he was hopeful that the same SC bench would hear the case. “We will go to the masses if we did not get justice.” The PTI chairman said that the nation was looking at the case. “I hope that the same five-member larger bench will continue the hearing from January 1,” he added. The PTI chairman said that the PML-N has continuously been doing somersaults for the last seven months. He said that it was joke with the nation to term PM address in the parliament a political statement. He said that it seemed that President Mamnoon Hussain had talked of corruption with regard to the prime minister.