Time not far when Article 6 will be applied to Imran Niazi: Ayaz Sadiq 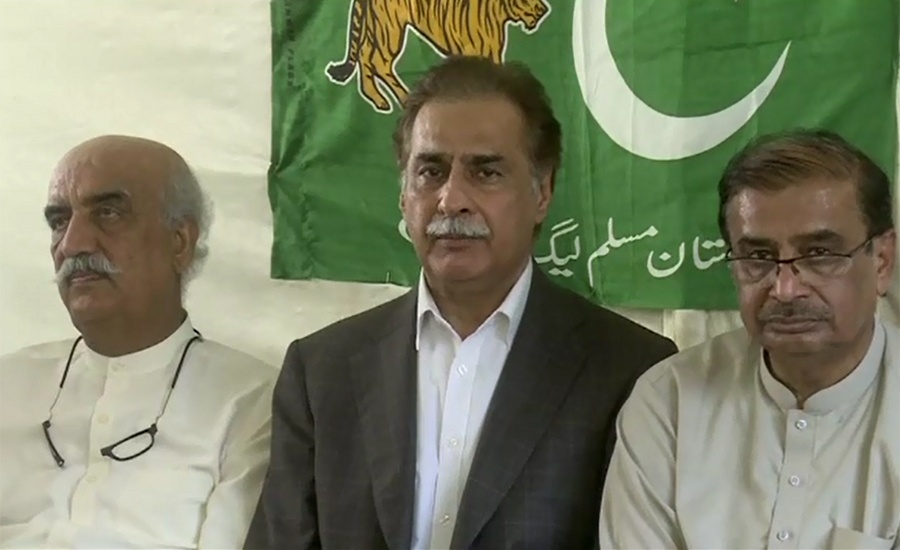 Time not far when Article 6 will be applied to Imran Niazi: Ayaz Sadiq

KARACHI (92 News) – PML-N leader Sardar Ayaz Sadiq has said that time is not far when Article 6 will be applied to Prime Minister Imran Khan Niazi. Addressing a press conference at the residence of Sindh PML-N president Shah Muhammad Shah on Thursday, he said that today is the blackest day in the history of the country. “Imran Khan demolished the houses of the poor, but saved his own house in Bani Gala. He can only tell a lie,” he said. Sardar Ayaz Sadiq said that Imran Khan had accepted all conditions after getting the loans from the United States. “The NAB is being used against political parties. Will the economy be rectified by criticizing Nawaz Sharif and Asif Zardari,” he said. He said that the government is being run through the rented ministers. The former speaker said that the opposition parties had been targeted before the elections. “Rigging was done in the previous elections, which is now being proved. We are saving democracy despite watching all things,” he maintained. He said that those terming Nawaz Sharif a friend of Narendra Modi make phone calls and write letters to him. “It shows that Imran Khan is a friend of Niazi, not Nawaz Sharif,” he said. Ayaz Sadiq said that all opposition parties will have separate manifestos and will contest the elections separately, but they will not be against each other. PPP leader Syed Khurshid Ali Shah said that the PTI had no narrative. “The Ghotki people have registered their protest against the performance of the government. Our ministers did not participate in the elections and the polling remained peaceful. The opposition was not behind the traders’ strike,” he said. Sindh former governor Zubair Mahmood, Shah Muhammad Shah, Ali Akbar Gujjar and Khial Das Kohistani were also present. In a Peshawar meeting, JUI-F chief Maulana Fazlur Rehman said that they would fill up the jails, but did not accept the government. ANP leader Asfandyar Wali challenged the government to hang him if a single property is proved in his name abroad.