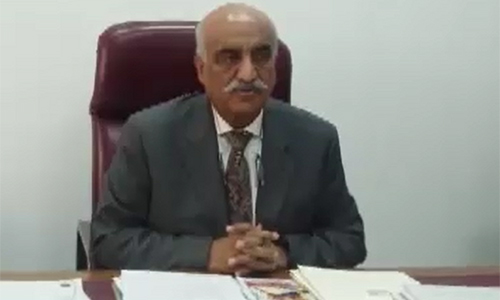 ISLAMABAD (92 News) – Opposition leader in National Assembly Syed Khurshid Shah has on Thursday said that the meeting between Prime Minister Nawaz Sharif and former president Asif Ali Zardari could be held only in case of friendly environment. Talking to media, he said that speculations will increase if former president met the prime minister in the current situation. The opposition leader said that the politicians do not close doors on each others but said that the meeting will not be in favor of Prime Minister Nawaz Sharif.