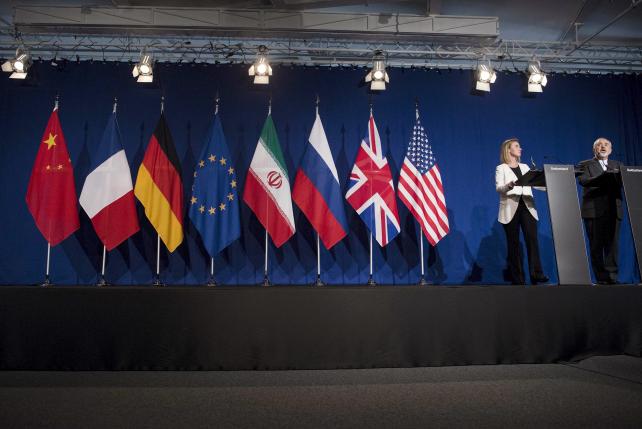 VIENNA - The timing and scope of sanctions relief are major sticking points in talks between Iran and the six major world powers kicking off in Vienna on Wednesday as negotiators try to agree on curbing Tehran's nuclear activities. After a tentative deal between Iran and the six powers was reached in Switzerland on April 2, different interpretations have emerged over what was agreed in the framework and both sides have given different versions of the timing within that. "Lifting sanctions will be one of the main topics in this round of talks … If the other party shows political good will, we can reach a final agreement," Iran's deputy foreign minister Abbas Araqchi told Iranian state TV on Wednesday. Talks begin with a bilateral meeting between European Union political director Helga Schmid and Araqchi at about 1200 GMT, the EU said. Talks between Iran and the six powers, including US under secretary Wendy Sherman, will follow this week. Iran insists it would only accept a final deal over its contested nuclear programme if world powers simultaneously lifted all sanctions imposed on it. The United States has made it clear that sanctions on Iran would have to be phased out gradually under the final pact. Iran's foreign ministry spokeswoman Marzieh Afkham said on Iranian state television on Wednesday that US Secretary of State, John Kerry, and his Iranian counterpart, Mohammad Javad Zarif, "discussed Iran's nuclear issue by phone last night". Iran and the powers are trying to end more than 12 years of diplomatic wrangling over the country's disputed nuclear programme, which Tehran says is peaceful but Western powers fear is aimed at developing an atomic bomb. US President Barack Obama was forced to give Congress a say in any future accord - including the right of lawmakers to veto the lifting of sanctions imposed by the United States. Araqchi said on state television on Wednesday that the US administration was "responsible to ensure that its commitments, particularly sanctions-related ones, are fulfilled". Many other issues have to be hammered out before the end-of-June deadline for the final deal to be done. - Reuters