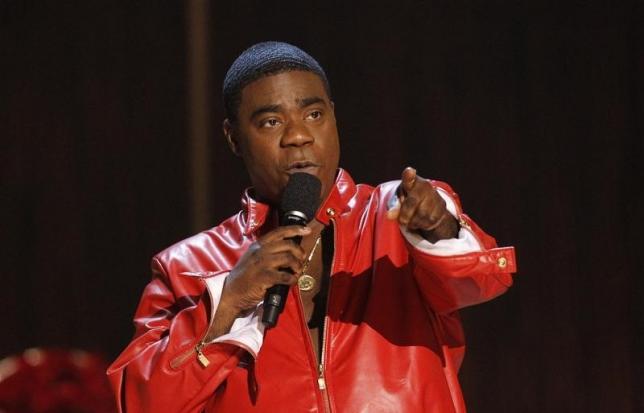 WASHINGTON - A speeding Wal-Mart truck driver who had been awake for 28 hours was held responsible on Tuesday for a 2014 highway crash that left "30 Rock" star Tracy Morgan with brain injuries and killed a fellow comedian, U.S. transport regulators said. The National Transportation Safety Board also concluded in a review that the injuries to Morgan and other passengers were exacerbated by their failure to wear seat belts. Changes to the interior of their limousine van trapped them inside for some 40 minutes after the vehicle overturned in the June 7, 2014 collision on the New Jersey turnpike, the review board said. Morgan, 46, suffered a serious brain injury and broken bones and was left in a coma. The "Saturday Night Live" star has not performed since the accident. Comedian James "Jimmy Mack" McNair was killed and nine other people were injured in the chain reaction collision that involved 21 people in six vehicles In a public hearing, NTSB officials said the Wal-Mart truck driver had driven 800 miles overnight to the company's distribution center before embarking on his delivery, and had been awake for more than 28 hours at the time of the crash. The truck was driving 65 miles per hour (104 km per hour) in a 45 miles per hour (72 km per hour) zone. It did not slow down when entering a road construction zone where it rear-ended the slower-traveling limousine van at around 1:00 a.m. ET, the NTSB said. "The passengers ... had no available exits until emergency responders removed part of a plywood panel that had been installed between the passenger compartment and the cab," NTSB Chairman Christopher Hart said at the meeting in Washington. The only other way of exiting, a sliding door, "had become inoperable in the crash," Hart said. The driver of the van was not wearing a seat belt and only one of the six passengers was strapped in, allowing them to be thrown around inside at the time of the impact. NTSB investigators recommended that Wal-Mart improve fatigue management programs for drivers and install better vehicle warning systems for drivers and delivery operators. The truck driver, Kevin Roper, faces charges of vehicular homicide and assault by auto and is awaiting trial in New Jersey. Morgan and some of the others who were injured reached a settlement with Wal-Mart in May, although terms have not been made public. - Reuters