Today voice being raised against India in world: FM Qurehsi 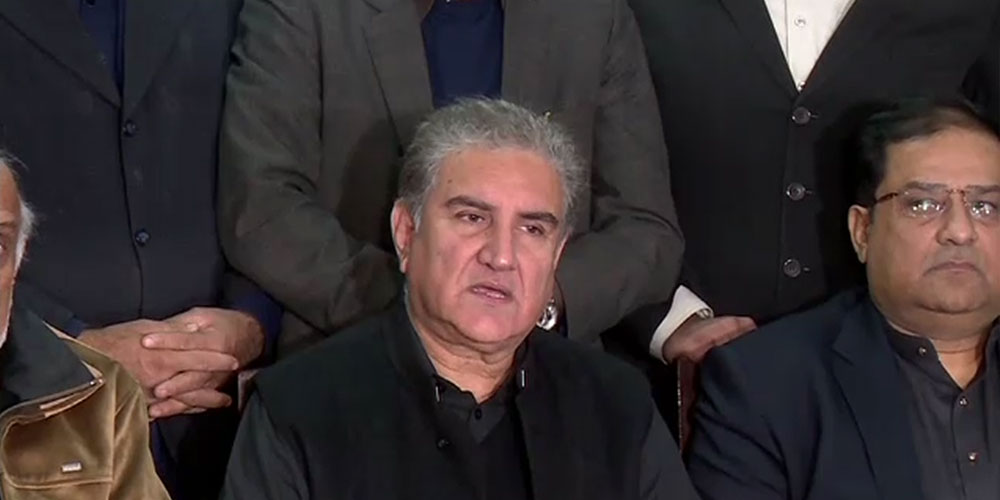 Today voice being raised against India in world: FM Qurehsi

MULTAN (92 News) – Foreign Minister (FM) Shah Mehmood Qureshi said on Sunday that today the voice is being raised against India in world. Talking to the journalists in Multan on Sunday, the minister has said that five chief ministers of different state in India have also opposed the controversial citizenship law.  He said there is a protest-like environment in the entire country as twenty-five people have so far been killed in the current tension. FM Qureshi said international newspapers and magazines are carrying articles of criticism of the Indian government that is pursuing the Hindutwa agenda. “The actions of the government of Indian PM Narendra Modi have divided the country into two parts. There are those who want a secular idea, the others are those who wish to impose the Hindutva ideology on everyone,” he mentioned. “Pakistan has asked the OIC to raise its voice against the new citizenship law in India as well as the atrocities in Kashmir,” Shah Mehmood Qureshi said. “Muslims, Parsis, Christians and Sikhs, everyone is protesting in India. They are not happy with the government,” he added. The foreign minister maintained that all the minorities and educated Hindus are protesting against Citizenship Amendment Act 2019 across the country. “On August 5, the annexed occupied Kashmir illegally, and then they passed the Babri Masjid verdict and now the citizenship act. Everyone saw what happened to the students of Aligarh University,” the minister explained.

Qureshi said that Indian is planning to conduct false flag operation, adding that India has been carrying out ceasefire violations along the Line of Control and the fencing on the LoC has also been cut at five places. He said he has sent his seventh letter to UN Security Council president, apprising him of situation on the ground. He said UN Military Observers Group should brief the UN Security Council about the situation prevailing along the LoC.

Pakistan not mentally prepared for any dialogue with India

“Pakistan is not mentally prepared to hold any dialogue with India, the foreign minister remarked. There is curfew in Kashmir, some mosques have been closed forcefully. What is there to discuss now? There is nothing for us to talk about,” Shah Mehmood Qureshi said.

FM Qureshi clarified that the National Accountability Bureau (NAB) Amendment Ordinance was not aimed at providing an NRO, relief or protection to anybody. He lashed out at the opposition’s claim of dysfunctional economic and putting resistance to economic affairs at the same time. He regretted that criticism without thorough study of a subject has become a norm in our society. To a question about NAB Amendment Ordinance, the minister said PPP and PML-N desired review of the NAB law and now as government has proposed some amendments, the opposition parties are trying to give it a new color.