PPP, PML-N agree to adopt all political, constitutional options to get rid of government PPP, PML-N agree to adopt all political, constitutional options to get rid of government

LAHORE (92 News) – Opposition Leader in the National Assembly Shehbaz Sharif said that today they have discussed the country's economic destruction with the PPP leadership.

Talking to the media after a meeting with PPP chairman Bilawal Bhutto and former president Asif Zardari on Saturday, he said that the government has received record loans during the last three and a half years. "The country is facing crises. The nation will not pardon us, if we did not unite. We discussed the ways to get rid of the government. We will have to use all political and constitutional options without any delay. We will present the proposals before the PDM," he added.

Shehbaz Sharif said that the people are praying to get rid of the PTI government. "It is being said that the government has gone to China to get loans. The rulers are displaying plaques on the projects of Nawaz Sharif. The government has failed to promote the Kashmir cause. It adopted mysterious silence on the cruel steps taken by the Modi government," he maintained.

PPP chairman Bilawal Bhutto said that the PDM had welcomed the PPP long march. "We presented the party opinion before the PML-N leadership. We also discussed the plan made by the PML-N. The PPP and the PML-N are on the same page for ending the government. We will adopt the democratic method for an end to the government," he maintained.

He said that the opposition will have to oust Imran Khan to save the country. "The incompetent government did not first time create harmony over the Kashmir issue. Terrorist activities are going on in Balochistan. The increase in the working relation among the opposition parties will imperil the government. Each political party has its own viewpoint. Shehbaz Sharif had played its role as the opposition leader," he added.

Maryam Nawaz said that differences often emerge among political parties. "We should forget our differences for the people. We will have to jointly send the government home," she maintained.

According to sources, Shehbaz Sharif invited the PPP to return to the Pakistan Democratic Movement (PDM). Bilawal Bhutto has linked to join the opposition alliance to the decision of the PPP Central Executive Committee.

He also linked the joint long march to approval of the PPP CEC.

Leaders of both parties agreed not to issue stern statements against each other. 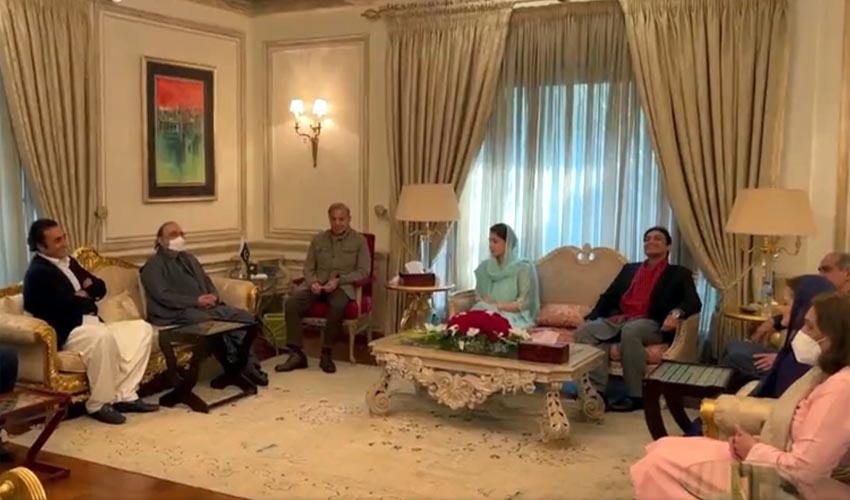 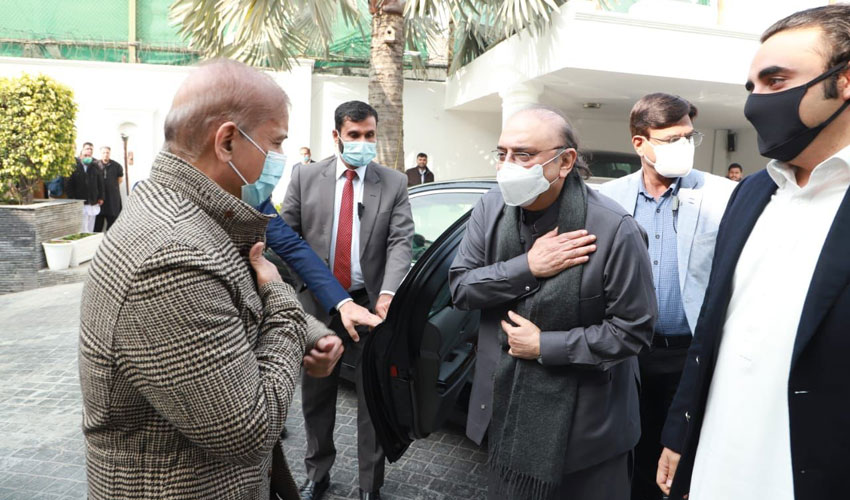 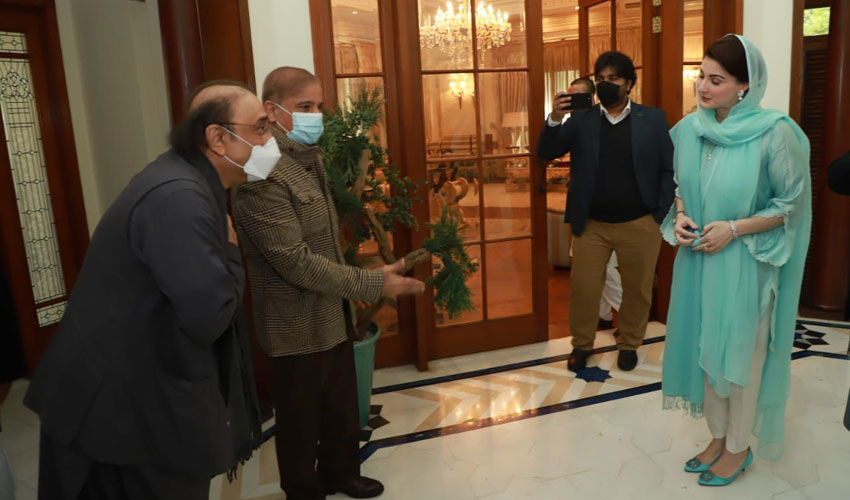 Following the Covid-19 SOPs, PPP chairman Bilawal Bhutto and Hamza Shehbaz greeted each other by joining their fists, while Asif Zardari greeted Maryam Nawaz by keeping his hand on his chest.