Today's dialectic: Is that dress white or is it blue? 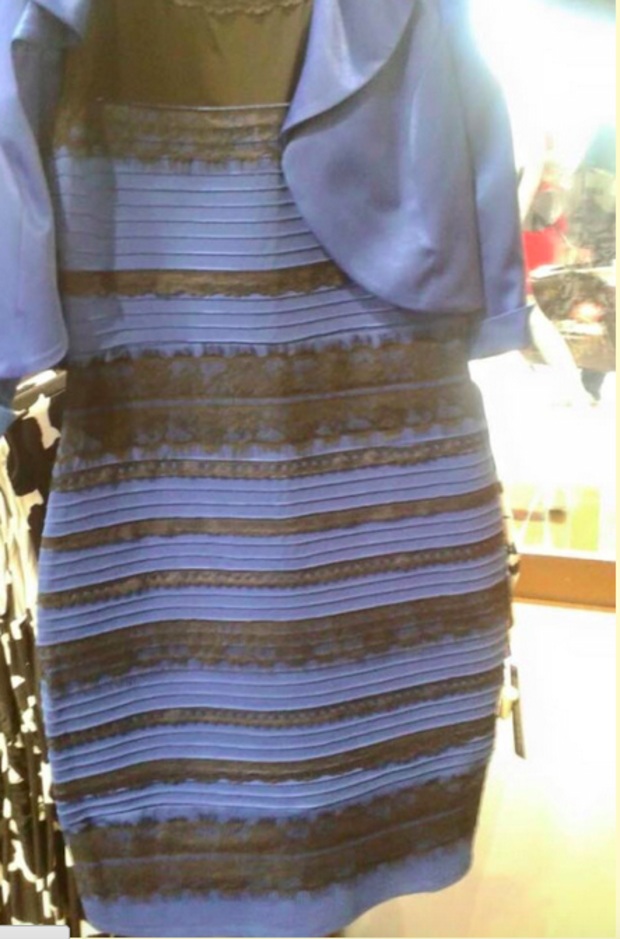 Today's dialectic: Is that dress white or is it blue?

SAN FRANCISCO (Reuters) - Cyberspace was being consumed by an acute philosophical debate on Friday over a picture of a dress many claim is obviously white and gold but others argue just as trenchantly is black and blue. The hashtag #TheDress led trends on Twitter worldwide, boosted by a stream of tweets from celebrities voicing support for either of the opposing camps. "From this day on, the world will be divided into two people. Blue & black, or white & gold," U.S. comedian Ellen DeGeneres tweeted. The picture of the dress was uploaded on image-sharing website Tumblr by a user named "swiked" on Wednesday. But it wasn't until Internet news company Buzzfeed asked for reader opinions on Thursday that the dialectic got going. Musician Taylor Swift was gripped by ontological uncertainty. "I don't understand this odd dress debate and I feel like it's a trick somehow. I'm confused and scared. PS it's OBVIOUSLY BLUE AND BLACK," she tweeted. Swift was supported by others, including Justin Bieber. Comedian Mindy Kaling found it an affront to rationalism. She tweeted, "I think I'm getting so mad about the dress because it's an assault on what I believe is objective truth." The white and gold camp was supported by the likes of actress Kat Dennings, New York Yankees center fielder Jacoby Ellsbury, and reality TV star Kim Kardashian West. "What color is that dress? I see white & gold," West tweeted, adding that her husband, rapper Kanye West, saw black and blue. Buzzfeed's post had been viewed nearly 22 million times on the website as of early Friday. A poll alongside found 72 percent of respondents believed the dress to be white and gold.