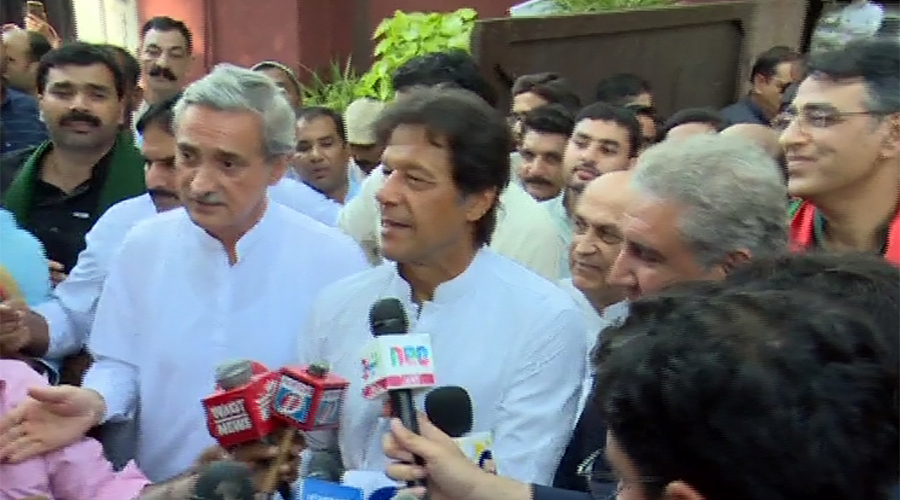 LAHORE (92 News) – PTI chairman Imran Khan has said that today’s rally will be decisive. Talking to the media before departing for the Ihtesab Rally at Zaman Park on Saturday, he said that the workers would fight if tortured. “The workers will be peaceful if you remain peaceful,” he said. The PTI chairman said that after Allah, he believed in people who have political consciousness. “I will tell the people how the prime minister is destroying the institutions and the nation,” he said.