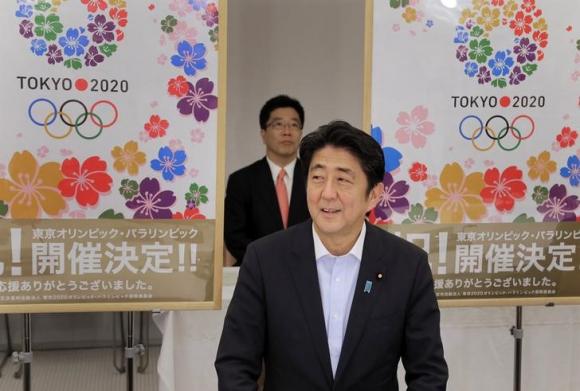 TOKYO (Reuters) - Planners for the Tokyo 2020 Summer Olympics issued their playbook for organizing the sports extravaganza on Friday, but there was no final decision on venues amid growing pressure to keep swelling costs down. Rising labor and construction costs have forced Tokyo to rethink its plans for 10 venues it intended to build for the Games, contravening its promise that the vast majority of events would take place within 8 km (5 miles) of the Olympic village - one of the key points in its successful hosting bid. Officials said the release of the "Games Foundation Plan," which lays out the framework for pulling together an event that will bring thousands of athletes and spectators to Tokyo in just over five years, marked a key step on the Japanese capital's road from planning to preparation. However, they added that consultations over venues were still going on and the timing of a final announcement on these remained up in the air. "At the time of the bid, it's true that we pledged to keep close 80 percent of the venues within an 8 km radius to lighten the burden on athletes," Hisahiro Sugiura, Executive Director of Games Operations, told a briefing on the nearly 200-page long report. "But as we've looked further into the venues from the aspect of cost and the impact on the lives of people in Tokyo and in Japan, the need to rethink this has emerged." Additional pressure has come from sweeping changes made late last year by the International Olympic Committee (IOC) to how the Games are organized. More emphasis has now been placed on sustainability and cost-cutting in an effort to ease the burden on host cities. The IOC has urged Tokyo to consider moving more events to pre-existing venues outside the capital, including the city of Osaka, some 400 km (255 miles) west of Tokyo. Planners allotted $1.5 billion for venues in Tokyo's Olympics bid but that estimate more than doubled late last year after recalculation. The city won the Games over Madrid and Istanbul by emphasizing Japan's organizational prowess and $4.5 billion in the bank. Officials shied away from saying these issues meant the city was abandoning its promise of a compact Games. "We are always keeping in mind the need to keep the burden on athletes as light as possible and will proceed with that in mind," Sugiura said. "At the same time, building new venues raises costs, so it's true that we are considering some adjustments to this." Asked if the originally projected $3.4 billion budget was still valid, and when new estimates might be provided to the IOC, Sugiura said any such announcement depended on a number of factors, including a final decision on the venues. Media reports say this is likely to come later this year.