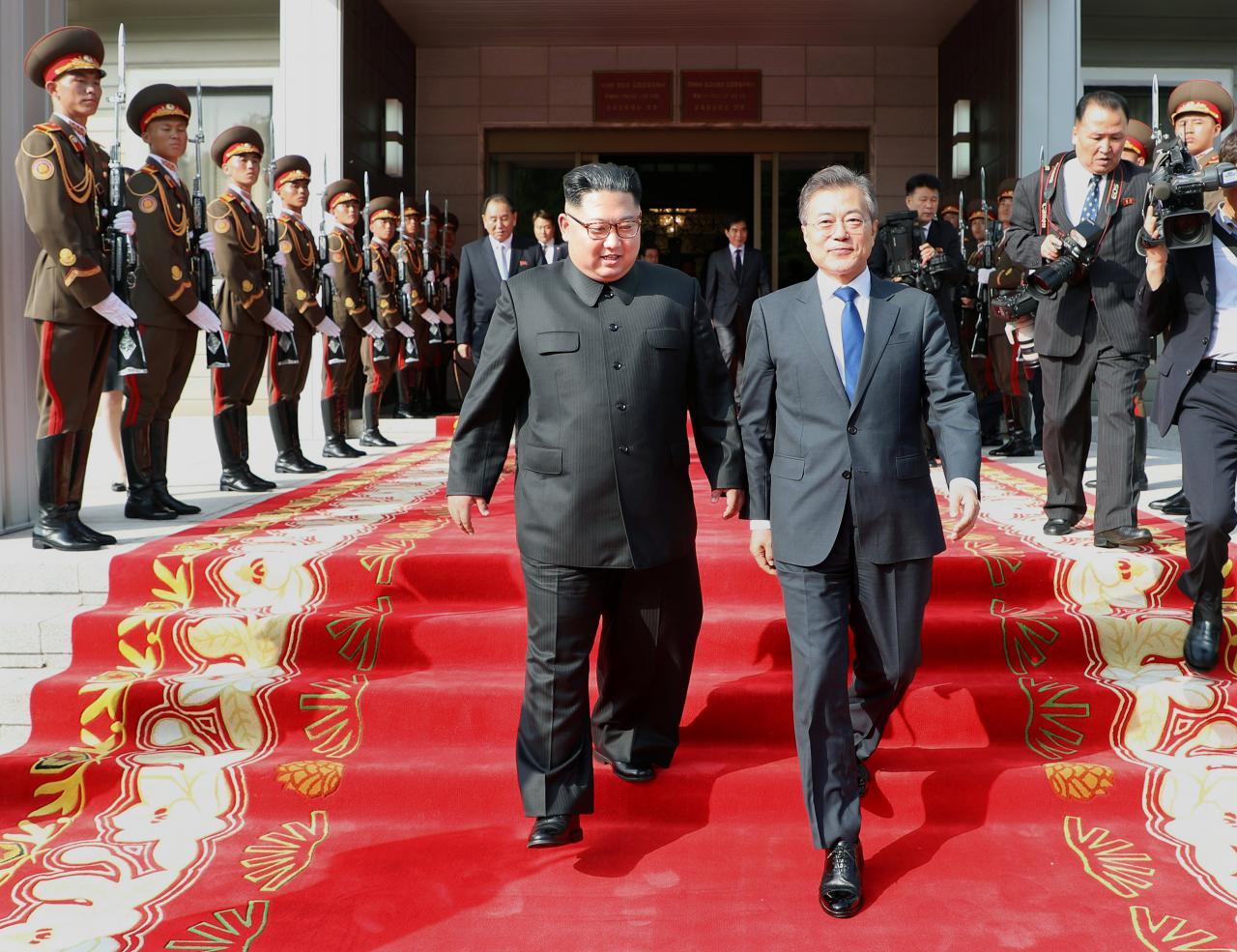 TOKYO (Reuters) - A top aide to North Korean leader Kim Jong Un arrived in Singapore , Japanese public broadcaster NHK said Tuesday, the latest indication that the on-again-off-again summit with US President Donald Trump is going ahead. Kim Chang Son, Kim’s de facto chief of staff, flew to Singapore via Beijing night, the report said. At the same time, a team of US government officials, including the White House deputy chief of staff for operations Joe Hagin, left US Yokota Air Base in Japan for Singapore , NHK said. The White House said a “pre-advance” team was travelling to Singapore to meet with North Koreans. The reports indicate that planning for the historic summit, initially scheduled for June 12, is moving ahead after Trump called it off last week. A day later, Trump said he had reconsidered, and officials from both countries were meeting to work out details. When Kim Chang Son was asked by a reporter at the Beijing airport if he was flying to Singapore for talks with the United States, he said he was “going there to play,” according to footage from Nippon Television Network. In a flurry of diplomacy over the weekend, Kim Jong Un and South Korean President Moon Jae-in held a surprise meeting on Saturday at the border village of Panmunjom, during which they agreed the North Korea-US summit must be held. And on Sunday, the US State Department said American and North Korean officials had met at Panmunjom. Sung Kim, the former US ambassador to South Korea and current ambassador to the Philippines, led that American delegation, an American official told Reuters. Moon said there could be more impromptu talks between the two Koreas in the lead-up to the summit. In Kim and Moon’s first, upbeat meeting on April 27, they agreed to seek the “complete denuclearisation” of the Korean peninsula - but didn’t define what that meant, or how that would proceed. Since then, North Korea has rejected US demands for it to unilaterally abandon its nuclear weapons programme that experts say could threaten the United States. Analysts believe Washington is trying to determine whether North Korea is willing to agree on sufficient steps towards denuclearisation to allow a summit to take place. North Korea defends its nuclear and missile programmes as a deterrent against perceived aggression by the United States, which keeps 28,500 troops in South Korea, a legacy of the 1950-53 Korean War, which ended in a truce, not a peace treaty. It has long said it is open to eventually giving up its nuclear arsenal if the United States withdraws its troops from South Korea and ends its “nuclear umbrella” alliance with Seoul.