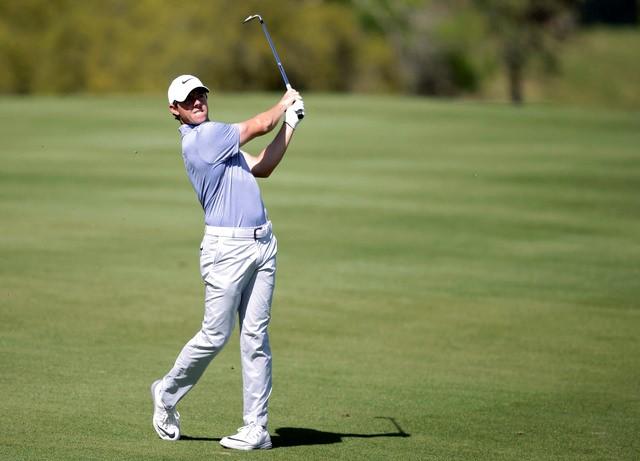 TEXAS – Top seeds Jordan Spieth, Jason Day and Rory McIlroy all made it through the round-robin phase at the WGC-Dell Match Play in Texas on Friday to advance to the 16-man knockout stage. Bubba Watson was the highest seed to fall, the fourth-ranked American exiting Group 4 with a 1-1-1 record after losing to J.B. Holmes. Patton Kizzire, seeded 63rd in the 64-man tournament, advanced from the group with a win and two halves. Defending champion McIlroy set up a Saturday showdown with British Open winner Zach Johnson at Austin Country Club. McIlroy posted an identical 2-0-1 overall record as his Friday opponent Kevin Na, but advanced as the winner of his four-man group when he won a playoff at the second extra hole after Na drove into a hazard. Six players finished the stage with 3-0-0 records -- Spieth, Day, Johnson, Louis Oosthuizen, Patrick Reed and Bill Haas. Third seed McIlroy was relieved just to have made it through. "All three of my matches this week have been tough," the Northern Irishman told Golf Channel. "I didn’t get off to the best of starts again, but found my rhythm in the middle of the round, and started to make some birdies and hit some good shots when I needed to. "It took a mistake from him to get over the line." Spieth continued his sizzling form in the city where he went to the University of Texas, buoyed by a supportive crowd as he beat fellow American Justin Thomas 3&2. "Jumping off to a three-up lead early on the front nine for the third straight day takes a lot of stress off," said Spieth, who will defend his Masters title in two weeks. Next up for Spieth is South African Oosthuizen, who looked forward to facing the world number one in front of a partisan crowd on Saturday. "I think it's going to be against 10-15,000 people, so that should be a challenge, but I'm looking forward to it," said the 2010 British Open champion. "I'm playing well. I just need to keep playing the way I'm playing." Second seed Day advanced when his English opponent Paul Casey pulled out after six holes, citing illness. Haas advanced by beating Australian Adam Scott 1-up. "There wasn’t much of an edge out there," Haas said, revealing that Scott had jokingly told him he needed to up his game to have a chance on Saturday. "I struggled all day from tee to green. Adam gave me a few holes. When we shook hands, he said, 'I don’t know what to say about that, but you need to play better tomorrow.'" –Reuters