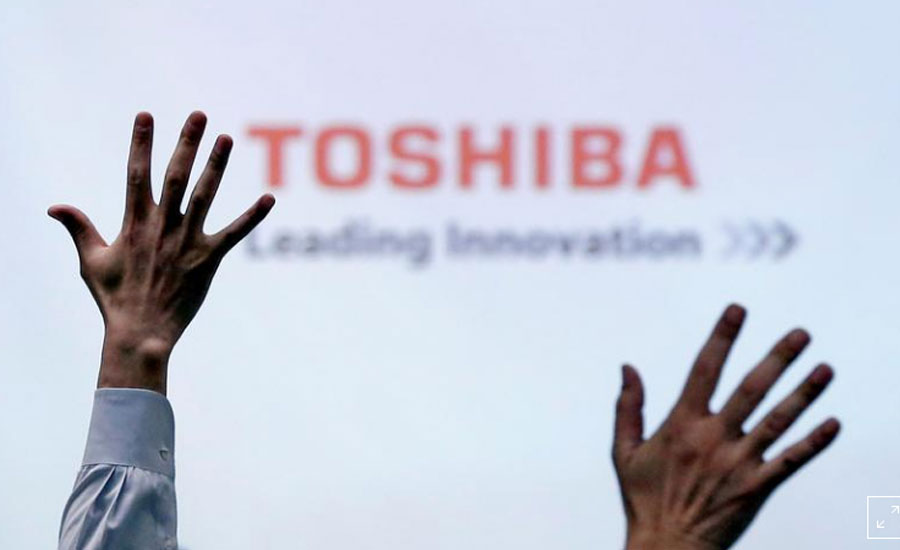 TOKYO (Reuters) - Toshiba Corp shareholders voted on Thursday in favour of an independent investigation into allegations that investors were pressured ahead of last year’s annual general meeting - a watershed victory expected to spur more shareholder activism.

The vote marks only the fourth time a shareholder motion has won approval in Japan and the first at a major company that is a household name, albeit one sullied by a string of scandals.

It is also notable for the gravity of allegations that emerged after the AGM. Some Toshiba shareholders had felt pressure to vote in line with management’s wishes on director nominations after contact from a government adviser or the trade ministry, sources have previously told Reuters.

“This result shines a very public spotlight on the likelihood that EGMs, which in Japan can be called by a shareholder that has owned only 3% for 6 months, will probably be used more by activists,” said Nicholas Benes, a corporate governance expert and representative director of the Board Director Training Institute of Japan.

The proposal from Effissimo Capital Management, an activist investor and Toshiba’s biggest shareholder, was backed by proxy advisers and required a simple majority of votes at Thursday’s extraordinary general meeting to pass. A breakdown of the vote results was not immediately disclosed.

Reuters has reported that the Harvard University endowment fund had been told by a Japanese government adviser it could be subject to a regulatory probe if the fund did not follow management’s recommendations at last July’s AGM.

As a result, the fund abstained from voting and later learnt there was no basis for any probe, sources have said.

The trade ministry also contacted several foreign shareholders ahead of the AGM, people familiar with matter have said.

Toshiba conducted its own investigation into complaints about last year’s AGM and found it was not involved in any effort to pressure the Harvard fund. That probe was criticised as perfunctory and insufficent by shareholders and proxy advisers.