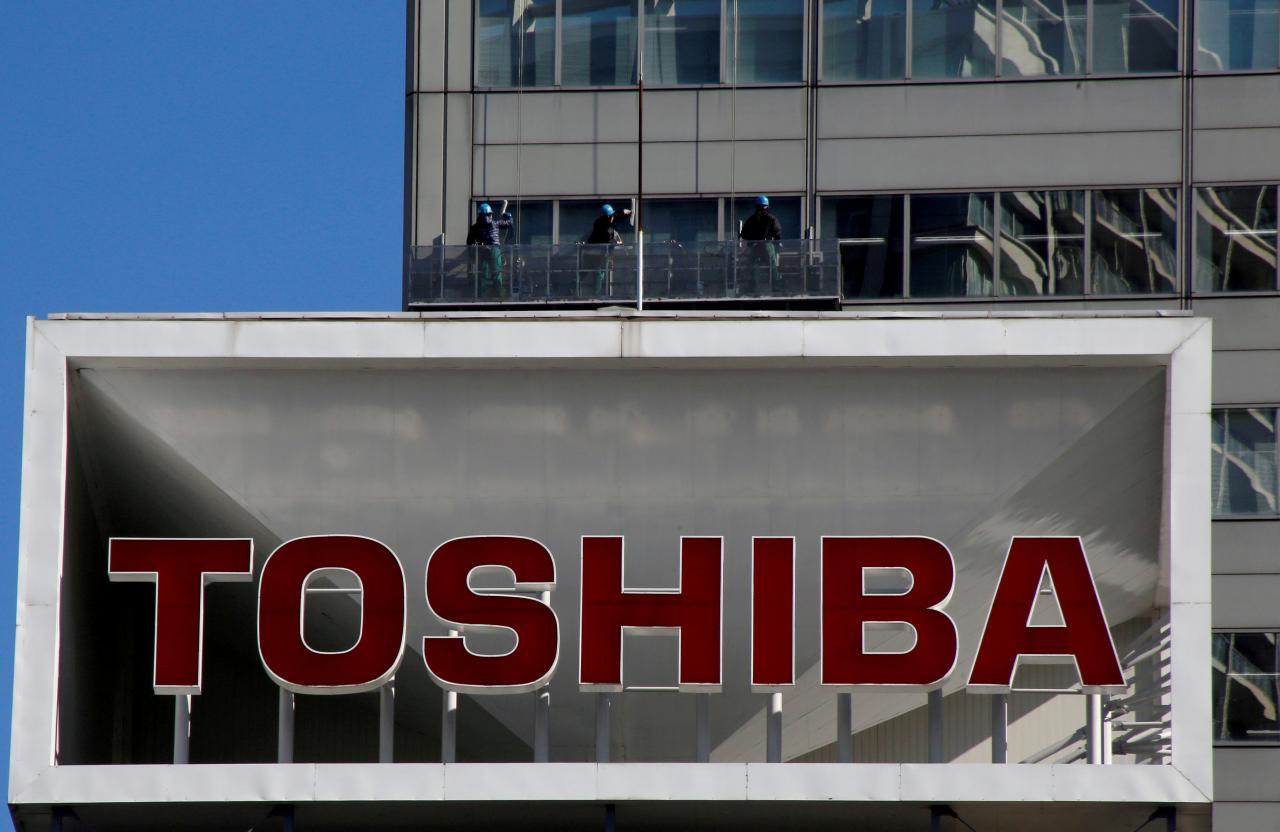 TOKYO (Reuters) - Shares of Toshiba Corp fell nearly 5 percent early on Monday, a day after the troubled conglomerate said it would raise 600 billion yen ($5.4 billion) from a sale of new shares in a key step that would allow it to stay publicly traded.

Toshiba’s board met on Sunday to approve the plan, which would plug a balance sheet hole left by the company’s bankrupt U.S. nuclear power business. The share sale - to 60 overseas investors and amounting to roughly half the company’s current market value - combined with tax write-offs would boost Toshiba’s assets back above liabilities.

The plan, reported by Reuters earlier this month, would help Toshiba avoid being delisted even if the $18 billion sale of its prized chip unit to a conglomerate led by Bain Capital is delayed beyond the March deadline.

Toshiba’s shares lost as much as 4.8 percent in early trade before paring much of the losses. At 0022 GMT, they were down 0.7 percent, while the benchmark Nikkei average was down 0.2 percent.

Toshiba is set to issue 2.28 billion new shares at 262.8 yen per share, a discount to Friday’s closing price of 292 yen. Payments from investors will be completed on Dec. 5.

Toshiba agreed in September to sell its chip unit but potentially lengthy regulatory reviews and legal disputes with its chip joint venture partner Western Digital mean the deal may not close before the end of March.

Western Digital has sought an injunction through an international arbitration court to prevent Toshiba from selling the chip unit without its consent.

Toshiba is demanding that Western Digital drop the litigation as a condition over a coming round of a joint investment in Toshiba’s new flash-memory chip production line in Yokkaichi, Japan. The two companies held talks in the United States last week for settlements, but have yet to agree on details, sources familiar with the matter said.