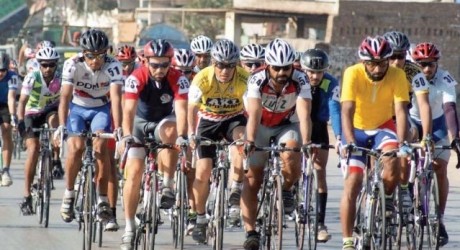 SAHIWAL (92 News) – The fifth Tour de Punjab cycle race entered its fourth stage on Wednesday, journeying from Sahiwal to Lahore. The Tour de Punjab race which started from Rahim Yar Khan on March 22 consists of six stages through which the cyclists will travel a total distance of 970 kilometers to reach Rawalpindi. Earlier, Huq Nawaz from Sindh secured first position in the third stage by covering a distance of 165 kilometers from Multan to Sahiwal in four hours 41 minutes. Six Afghan nationals are also among the cyclists participating in the event.