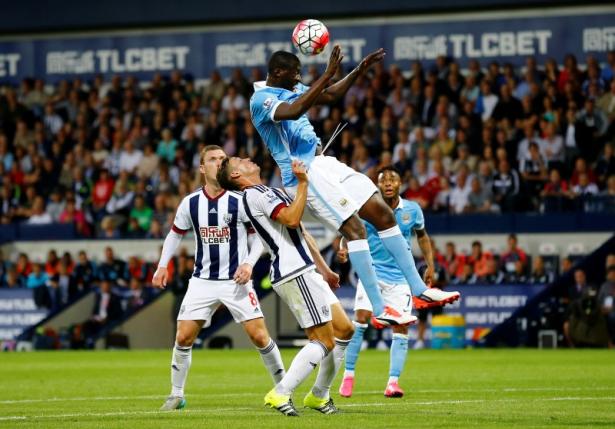 LONDON - Yaya Toure's first-half double provided a timely reminder of his enduring class as Manchester City began their Premier League campaign with a slick 3-0 victory at West Bromwich Albion on Monday. The Ivorian, linked with a move away from the Etihad in the close season after some inconsistent displays, gave the former champions a ninth minute lead following a fortuitous double deflection and added a sublime second with a wonderful curling finish after 24 minutes. West Brom improved significantly after the break but were powerless to prevent City extending their lead through captain Vincent Kompany's thunderous 59th-minute header. City handed a league debut to Raheem Sterling but the England winger spurned a one-on-one chance and was generally overshadowed by his dazzling team mates Toure and David Silva before he was withdrawn in the second half. "I think for us we have something to prove as last season was below what we are used to," Kompany told Sky Sports. "This is a team with a lot of intent. "For us it was a good way to start our first game. We came out here today knowing we had a point to prove. As a team we all have to improve this season." With title rivals Chelsea drawing and Arsenal losing at home, City had the perfect opportunity to make an early statement. Within minutes they were into their slick passing rhythm with Silva and Toure dictating proceedings as the latter's brace secured a deserved early two-goal lead -- the first after a double-deflection off Silva and Baggies defender Craig Dawson. Wilfried Bony started up front ahead of Argentine Sergio Aguero -- still building up fitness following his Copa America exploits -- and the Ivorian curled a shot narrowly wide before Sterling saw his tame effort beaten away by goalkeeper Boaz Myhill. Saido Berahino had an effort disallowed for offside moments before halftime and the hosts enjoyed their best period of the game immediately after the break but were unable to break down down City, who finished eight points behind champions Chelsea last season. City weathered the storm relatively untroubled and sealed an impressive opening victory with Kompany's unstoppable header. Aguero was introduced after 63 minutes but, other than a deflected shot, had a relatively low-key return. City host champions Chelsea in their next match while West Brom visit promoted Watford. - Reuters