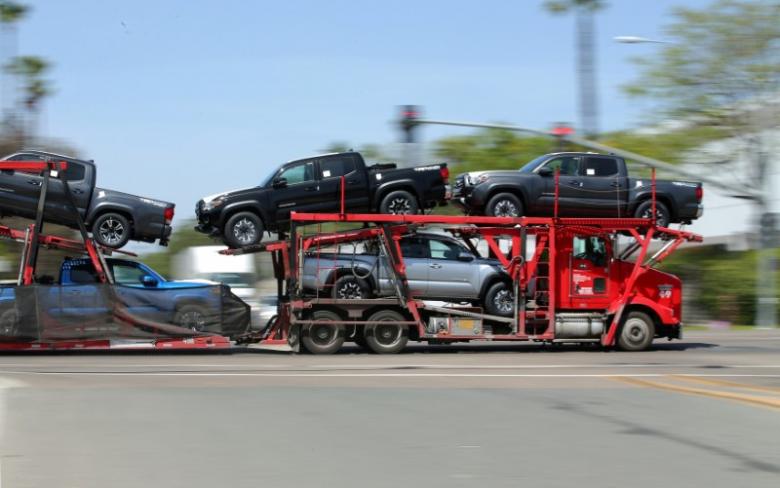 TOKYO - Toyota Motor Corp forecast operating profit for the current year to slide by a fifth as Japan's biggest automaker expects a hit from increased spending to push sales in its key US market and from a stronger yen.

Toyota, the world's second largest automaker, sees operating profit at 1.6 trillion yen ($14.06 billion) in the year to March, below an average estimate of 2.3 trillion yen from 25 analysts polled by Thomson Reuters I/B/E/S, and less than the 1.99 trillion yen profit posted in the year just ended.

Toyota and its group companies aim to sell 10.25 million vehicles globally in the year to March, largely unchanged from last year. Sales in North America, its single biggest market where it sells around 28 percent of its global vehicle sales, are seen easing 0.6 percent to 2.82 million.

Toyota's US sales have been bolstered by brisk demand for its RAV4 SUV crossover and Highlander SUV models, although sales for sedans including the Corolla, Camry and gasoline hybrid Prius have slowed as historically low gasoline prices in North America lifted sales of larger, gas-guzzling models.

In Asia, Toyota targets selling 1.6 million vehicles, slightly higher than 1.59 million in the year that just ended in March.

Toyota's tepid global sales forecast comes as a run of strong US demand for cars since the global financial crisis shows signs of petering out. Last week, industry data showed that US new vehicle sales in April declined on the year for the second consecutive month, suggesting a possible easing in full-year sales from record highs hit in 2016.

Slowing sales are prompting automakers to push harder to sell their products, raising concerns among industry experts about rising inventory levels and consumer discounts. A pricing war in the market could undermine automakers' profits.

Toyota's profit projections are based on a forecast for the yen to trade at 105 yen to the US dollar and 115 yen to the euro, compared with 108 yen and 119 yen in the year ended March. The automaker also said it would buy back up to 1.65 percent of its own shares, worth 250 billion yen. -Reuters