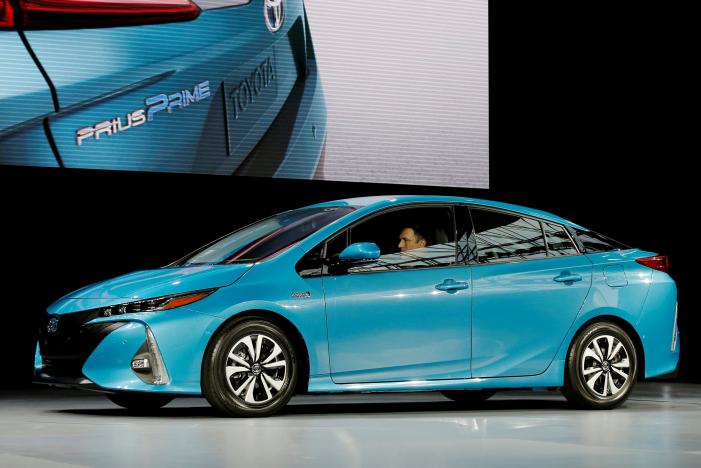 NEW YORK - Toyota Motor Corp said it aims to develop a new, more advanced electric-car battery "in a few years" that will allow the Japanese automaker to come up with an electrified vehicle with driving range and battery life enhanced by up to 15 percent. Such performance-enhanced lithium-ion battery technology will likely enable all its electrified vehicles to be improved, Toyota said. “Lithium-ion battery is a key technology for electrifying cars, and there is a clear need, going forward, for improving this technology and its performance even more,” Hisao Yamashige, a battery technology researcher at Toyota, told a media briefing in Tokyo on Thursday. Improving the performance of lithium-ion battery technology is a pressing issue for traditional automakers such as Toyota and new entrants such as Tesla Motors Inc because of its limiting characteristics. Producers of all-electric battery cars, plug-in electric hybrids, as well as conventional gas-electric hybrids are all striving to source or develop more advanced battery technologies to give their electrified cars a better driving range, battery life, and safety. Toyota, Japan’s biggest automaker by volume, has pioneered gasoline-electric hybrids technology and is gearing up to launch a new, near-all-electric plug-in hybrid car called the Prius Prime. It also has recently said it is aiming to come up with an all-electric battery car by 2020. -Reuters