Toyota, SoftBank to team up in self-driving and other technology 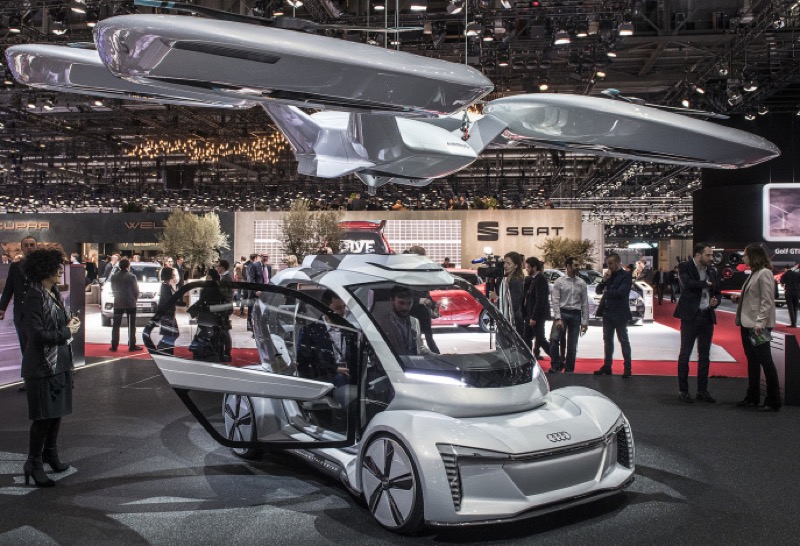 Toyota, SoftBank to team up in self-driving and other technology

TOKYO (Reuters) - Toyota Motor Corp  and SoftBank Group Corp will announce a partnership on automated driving and other technology on Thursday, sources with knowledge of the matter told Reuters. The companies plan to hold a news conference later in the day. Toyota President Akio Toyoda and SoftBank Group CEO Masayoshi Son will attend a session to be held alongside the conference, they said in a joint statement, without providing additional details. Japan’s highest-profile companies will announce that they will partner up to develop self-driving vehicles and other new mobility technologies, the sources said on condition of anonymity as the nature of the announcement was confidential. They will form a joint venture, the sources said. Partnerships in automated driving technologies are on the rise as established players fear being left behind in the rapidly changing industry. Earlier, Honda Motor Co Ltd  said it would invest $2.75 billion (£2.13 billion) and take a 5.7 percent stake in General Motors Co’s Cruise self-driving vehicle unit, in which SoftBank is also an investor. At the Paris Auto Show , the heads of Daimler AG and Renault  said the two companies may expand their cooperation to batteries, self-driving vehicles and mobility services. Toyota and SoftBank do not have any major partnerships in mobility technologies at the moment, although both are developing technologies for self-driving vehicles, car sharing and other services. Toyota, one of the world’s largest automakers, has been developing automated driving and artificial intelligence technologies in-house and with its group suppliers, while acquiring some technology start-ups. Both Toyota and SoftBank have investments and partnerships with Uber Technologies and ride-hailing firm Grab, and Didi Chuxing. The automaker envisions the future of transportation services will include convoys of shuttle bus-sized, self-driving multi-purpose vehicles used, for instance, as pay-per-use mobile restaurants and hotels. SoftBank has its own autonomous vehicle unit, SB Drive, which has been developing self-driving technology for buses.