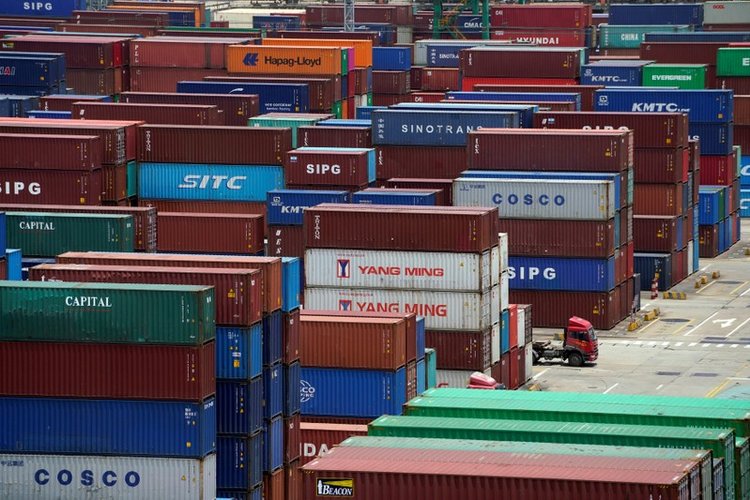 WASHINGTON (Reuters) - China’s hopes of negotiating a free trade pact with Canada or Mexico were dealt a sharp setback by a provision deep in the new U.S.-Mexico-Canada trade agreement that aims to forbid such deals with “non-market” countries, trade experts said on Tuesday.
The provision specifies that if one of the current North American Free Trade Agreement partners enters a free trade deal with a “non-market” country such as China, the others can quit in six months and form their own bilateral trade pact. The clause, which has stirred controversy in Canada, fits in with U.S. President Donald Trump’s efforts to isolate China economically and prevent Chinese companies from using Canada or Mexico as a “back door” to ship products tariff-free to the United States. The United States and China are locked in a spiraling trade war that has seen them level increasingly severe rounds of tariffs on each other’s imports. Under the clause, the countries in the updated NAFTA, renamed the US-Mexico-Canada Agreement (USMCA), must notify the others three months before entering into such negotiations. Derek Scissors, a China scholar at the American Enterprise Institute in Washington, said the provision gave the Trump administration an effective veto over any China trade deal by Canada or Mexico. If repeated in other US negotiations with the European Union and Japan, it could help isolate Beijing in the global trading system. “For both Canada and Mexico, we have a reason to think an FTA with China is a possibility. It’s not imminent, but this is a very elegant way of dealing with that,” Scissors said. “There’s no China deal that’s worth losing a ratified USMCA,” Scissors added. After months of bashing its Western allies on trade, the Trump administration is now trying to recruit them to join the United States in pressuring China to shift its trade, subsidy and intellectual property practices to a more-market driven focus. Beijing has demanded that the World Trade Organization recognize it as a “market economy” since its WTO accession agreement expired in December 2016, a move that would severely limit Western trade defenses against cheap Chinese goods. But the United States and European Union are challenging the declaration, arguing that Chinese state subsidies fuelling excess industrial capacity, the exclusion of foreign competitors and other practices are signs it is still a non-market economy.

Canadian Prime Minister Justin Trudeau’s Liberal government, seeking to diversify Canada’s export base, held exploratory talks with China on trade in 2016, but a launch of formal negotiations has failed to materialize. Tracey Ramsey, a legislator for Canada’s left-leaning New Democrats, said in the House of Commons on Tuesday that the clause was “astonishing” and a “severe restriction on Canadian independence.” “Part of Canada’s concessions in this deal was to include language that holds Canada hostage to the Americans if we decide to trade with another country,” Ramsey said. “Why did the Liberal (Party) give the go-ahead for the U.S. to pull us into their trade wars?” Canadian Finance Minister Bill Morneau downplayed the provision, arguing it was not significantly different from NAFTA’s clause that allows any member to leave the pact in six months’ time for any reason. “It is largely the same. It recognize though that the non-market economy is of significant importance as we move forward. But I don’t think it’s going to make a material difference in our activities,” Morneau told a business audience. Mexico’s business community sided with the Trump administration in endorsing the pact. “We are associating ourselves with countries that promote market freedom and that promote free trade in the world, free trade under equal circumstances,” said Juan Pablo Castañon, head of the Consejo Coordinador Empresarial (CCE), which represented Mexico’s private sector during the NAFTA trade talks.