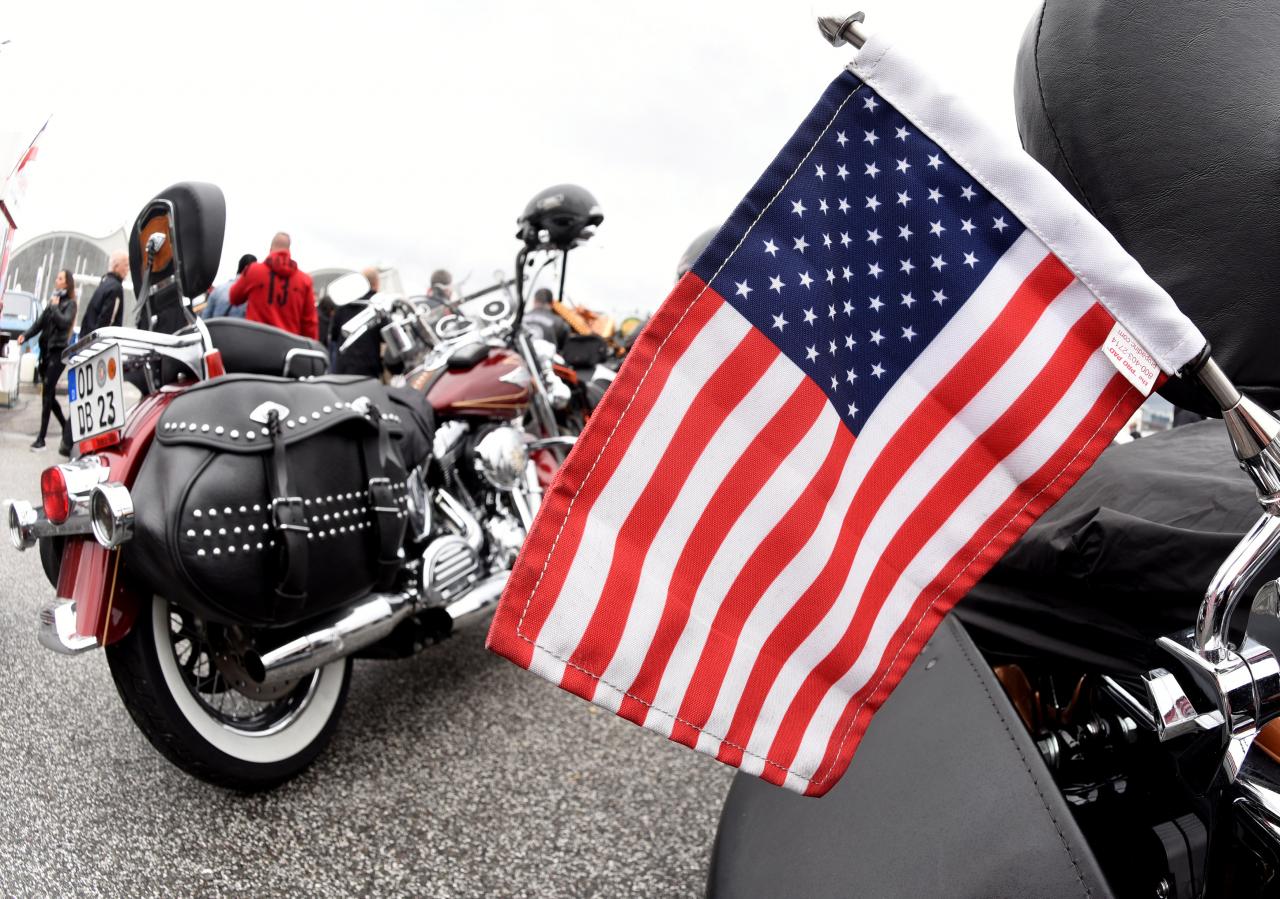 CHICAGO (Reuters) - Harley-Davidson Inc will give investors on Tuesday a fresh look at the impact of trade conflicts and a strong dollar on its profits, and analysts are bracing for bad news and more cost-cutting. Analysts polled by Reuters, on average, expect the Milwaukee, Wisconsin-based company to report a profit of $1.34 per share, below the $1.48 per share reported in the corresponding period a year ago. The earnings report comes a few weeks after Harley announced a plan to move production of motorcycles for the European Union from the United States to its overseas facilities to avoid the tariffs imposed by the trading bloc in retaliation for Trump’s duties on steel and aluminium imports. To offset falling demand at home, Harley has been aiming to boost overseas motorcycle sales to 50 percent of annual volume from about 43 percent. With revenues from EU countries second only to the United States, the region is a key part of its growth strategy. However, the decision to shift production overseas sparked an angry reaction from President Donald Trump, who threatened to impose higher taxes on the company and warned of a public backlash if Harley went ahead with the plan. Trump, however, did not specify how he could target Harley-Davidson with higher taxes, and no action has been taken since he made the threat in late June. Harley has assembly facilities in India and Brazil, and is expected to launch an assembly plant in Thailand in September. The fallout from Washington’s restrictive trade policies has exacerbated the travails of a company that has been grappling with an ageing customer base, weak demand from younger buyers and discounts offered by its rivals. Late last month, Harley forecast that the EU tariffs would cost the company about $30 million (22.90 million pounds)to $45 million for the remainder of 2018 and $90 million to $100 million on a full-year basis. That will be on top of an additional $15 million to $20 million the company is estimated to pay for raw materials this year because of rising steel and aluminium costs due to Trump’s tariffs on imports. Harley is still the dominant player in the heavyweight motorcycle market in the United States, but its market share has steadily fallen, to 50.4 percent from 58 percent in 2013. In January, it announced the closure of a plant in Kansas City, Missouri, after its motorcycle shipments fell to their lowest level in six years. Analysts at Goldman Sachs and Bernstein expect the company’s US retail sales to be down 7 percent in the June quarter after a 12 percent annual decline in the first quarter. Goldman analysts said, “Harley may continue to rationalize its US business throughout the year.” Harley-Davidson shares have lost about 8 percent since early March when the trade skirmish between the United States and the EU started, and are down over 22 percent since end-December 2017.