Trade war and 5G spell tough 2019 for Apple in China 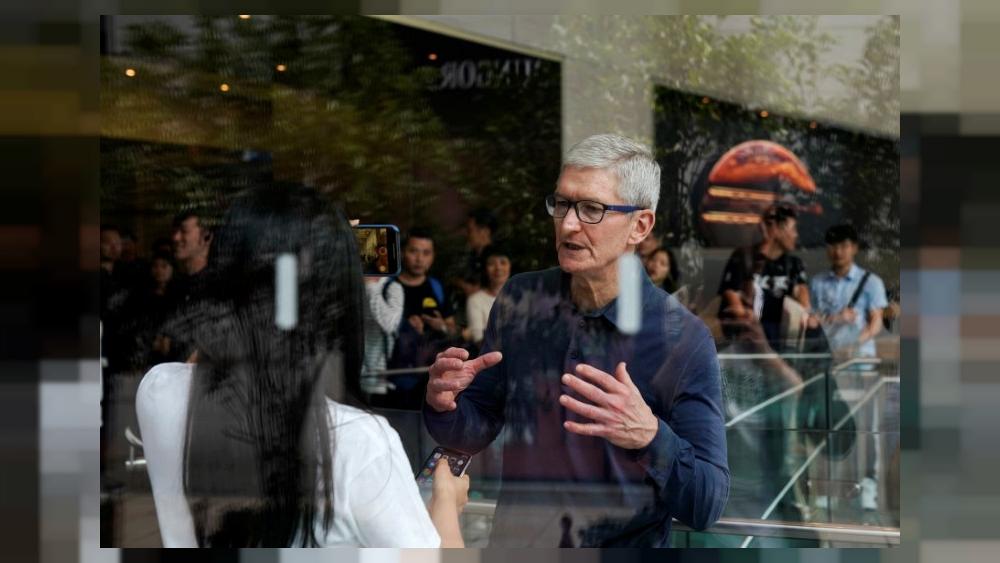 Trade war and 5G spell tough 2019 for Apple in China

SHANGHAI (Reuters) - Apple Inc’s chief executive Tim Cook has his work cut out in China this year: the iPhone maker faces the looming threat of a court-ordered sales ban, the uncertain outcome of trade war talks and the roll-out of a new 5G network, where it finds itself behind rivals like Huawei and Samsung. The complex outlook raises a challenge for Apple as it looks to revive its China fortunes after weakness there sparked a rare drop in its global sales forecast, knocked $75 billion from its market valuation and roiled global markets. Cook told investors that the main drag on the firm’s performance in China had been a sharper-than-expected slowdown in the country’s economy, exacerbated by the impact of trade tensions between Washington and Beijing. “We did not foresee the magnitude of the economic deceleration, particularly in Greater China,” he said. Chinese shoppers told Reuters another element had been key: the high price-tag on Apple’s flagship phones. Analysts said the firm faced a brewing storm of challenges: an economic slowdown, stronger rivals like Huawei Technologies Co Ltd  bringing out comparable tech at lower prices and bubbling patriotic sentiment amid the trade war. A Chinese court has also issued a preliminary injunction banning some Apple phones, part of a legal battle with chip maker Qualcomm Inc. This ban, potentially hitting iPhone models from the 6S through the X, has yet to be enforced. On Thursday a local industry body, the China Anti-Infringement and Anti-Counterfeit Innovation Strategic Alliance, called on Apple to heed the court order and not “trample the Chinese law by leveraging its super economic power and clout.” Apple declined to comment on the group’s statement but has previously said it believes its current phones comply with the Chinese court’s order. “These are tough times for Apple in China,” said Neil Shah, research director at Counterpoint, adding the iPhone could see its market share slip to 7 percent this year in the face of stronger local rivals and worry about the sales ban. Apple’s market share in the third-quarter of 2018 was around 9 percent, and has dipped from above 14 percent in 2015, overtaken by local rivals like Huawei, Oppo and Vivo.

Another question mark for Apple is its 5G strategy in China, where the US firm is not expected to have a 5G-enabled phone until 2020, behind rivals like Huawei, Xiaomi Corp and Samsung Electronics. China is looking to push ahead with its rollout of a faster 5G network, with a pre-commercial phase this year and a commercial network in 2020. Some are looking to make an early bet on the technology. Huawei is planning a 5G phone mid-year, while Xiaomi is aiming for the third quarter. Samsung is expected to unveil a 5G phone in the first half of the year. Industry insiders, however, said Apple would likely hold off until the fall of 2020 to have its own 5G-enabled phone, a strategy that would bypass the untested early period of the technology, but which could mean Chinese shoppers delay iPhone purchases or buy another brand that switched to 5G earlier. “I’ll definitely be paying attention to 5G functionality when I buy my next phone,” said Wu Chengjun, a graduate student in Beijing who currently uses an iPhone X. With the exception of Huawei, which makes it own 5G chips, Qualcomm is providing the technology to many of the major phone makers releasing 5G handsets this year. “If you’re a [phone maker] looking for a ‘super cycle’ [of sales], if you don’t have 5G, your situation won’t get any better,” Cristiano Amon, Qualcomm’s president, told Reuters in an interview. “The carrier channel is going to be incentivized to start selling 5G phones in the second half” of 2019, he said. But there are risks integrating 5G too early into high-end smart phones because the technology requires deeply re-designing the devices with multiple new antennas. Given spotty coverage in 2019, gambling on a new design before networks are mature could be more risk than reward, said Darryn Lowe, a Bain & Co partner who works with the wireless industry. “When you think about 5G, it’s a heck of a lot more complicated than an aluminum strip running around the phone,” he said. And other shoppers and analysts said Apple’s more cautious approach to 5G made sense and that the firm would not likely lose out too much to rivals by delaying its launch. Apple’s decision to wait to adopt 4G until after other makers didn’t hurt it. But that was when consumers commonly purchased a phone every two years, a cycle that has elongated and might prompt buyers to want a more “future proof” device, said Glenn Lurie, CEO of Synchronoss Technologies and the former head of AT&T’s wireless unit. “If you’re going to walk in to make a 30-month decision, the concept that I’ve already got 5G built in, it feels pretty good,” Lurie said. But buyers such as Li Hongzhuo, 22, a student in Beijing, said he was interested in 5G, but it wouldn’t be the deciding factor and he preferred to wait until the technology was tried and tested. “Typically my needs for my phone are high speeds for downloading videos or transferring files from chat apps. This will get faster (with 5G), but 4G already satisfies my needs,” said Li. “I won’t really consider switching my phone until 5G has been operating stably on the market for some time without any bugs – or unless they stop offering 4G.”