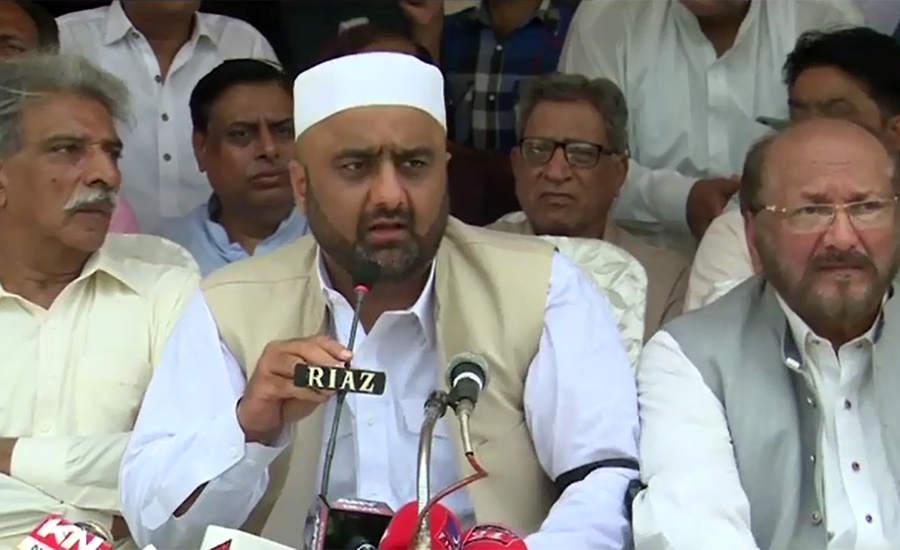 LAHORE (92 News) – Traders announced to stage protest in Islamabad on October 9 after their talks with the Federal Board of Revenue (FBR) failed on Friday. Talking to the media, Anjuman-e-Tajran Pakistan secretary general Naeem Mir said that they would march in Islamabad on October 9. He said that they could not agree on an end to the condition of Computerized National Identity Card (CNIC), registration of sales tax and features of the fixed tax scheme. He said that they had called traders representatives for the future strategy in Islamabad on October 9. He claimed that it would be the biggest congregation of traders in the history of the country. Through budget 2019-20, the government made it legally binding for the industrialists to seek the CNIC from the wholesalers and distributors on sales of over Rs50,000. The move pitched the traders and small shopkeepers against the government. The traders neither want to get income tax registration nor the sales tax registration – the two measures that are very critical for documentation of the economy. FBR Chairman Shabbar Zaidi last month constituted a joint committee of the FBR, tax experts and the traders representative to resolve the issue at the earliest and delayed enforcement of CNIC condition on purchase of over Rs50,000 till September 30. The share of the wholesale and retail services in total national output is 18% but their share in tax collection is only 0.88%. There is deadlock with the FBR on the issues of provision of the CINC copy and getting the sales tax registration number. Last month, the FBR unveiled a draft of simplified income tax regime for small shopkeepers. But the retailers had their reservations against the draft too, as they did not want to be a part of the formal regime without guarantees. The FBR has defined a small shopkeeper as an individual who carries out business on a premises having covered area of less than 300 square feet but does not include a shopkeeper if he is engaged as a jeweller, wholesaler, warehouse owner, real estate agent, builder and developer, doctor, lawyer, chartered accountant or any other category specified by the FBR. But the traders have demanded that there shall be no condition of covered area and the electricity connection and everyone dealing in sales of goods and services should be treated as small traders.