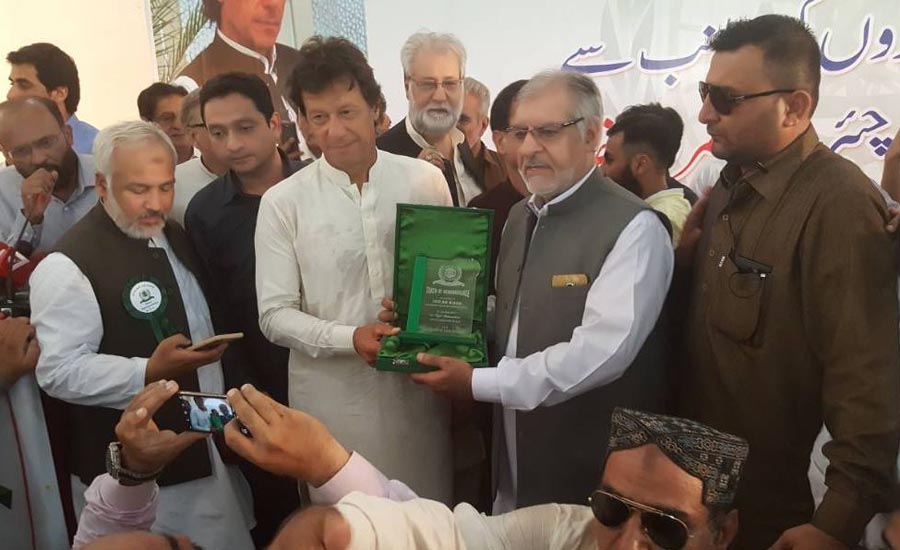 Addressing a ceremony in Karachi, he said that in Khyber Pakhtunkhwa(KP), we made the Inspector General (IG) of Police responsible and gave him total authority. We did not politicize police in KP but in Sindh, the IG is transferred whenever he goes after corrupt.

Khan said that he thanked the traders' union for such a warm welcome, adding that he has directed party leader Asad Umar to also formulate a Rabita committee to constantly stay in touch with traders.

He said that the biggest problem of traders is their security, adding that police system needs reforms in Karachi.

The PTI chairman said that the Federal Board of Revenue (FBR) cannot work efficiently unless it's made an institution.

He said that the Karachi Mayor is seeking those authorities which they have given to their local bodies’ representatives in the KP.