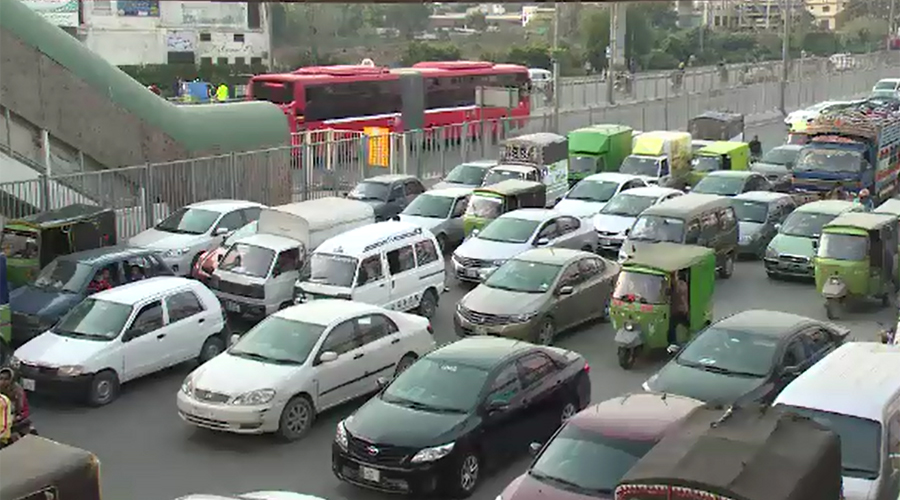 LAHORE (92 News) – Long queues of cars were observed on Lahore’s Ferozepur Road due to traffic jam on Wednesday. When citizens faced difficulties, the Traffic DIG brought his teams in action and restored the traffic flow. The traffic heading towards Kasur from Ferozepur Road got blocked because the railway gate near Model Town Kachehri was closed. The traffic remained blocked till Kalma Chowk. Traffic DIG Captain (r) Mubeen sent 30 wardens, headed by Saddar Traffic SP, to handle the traffic mess. The flow of traffic got normal after the traffic DIG's action.