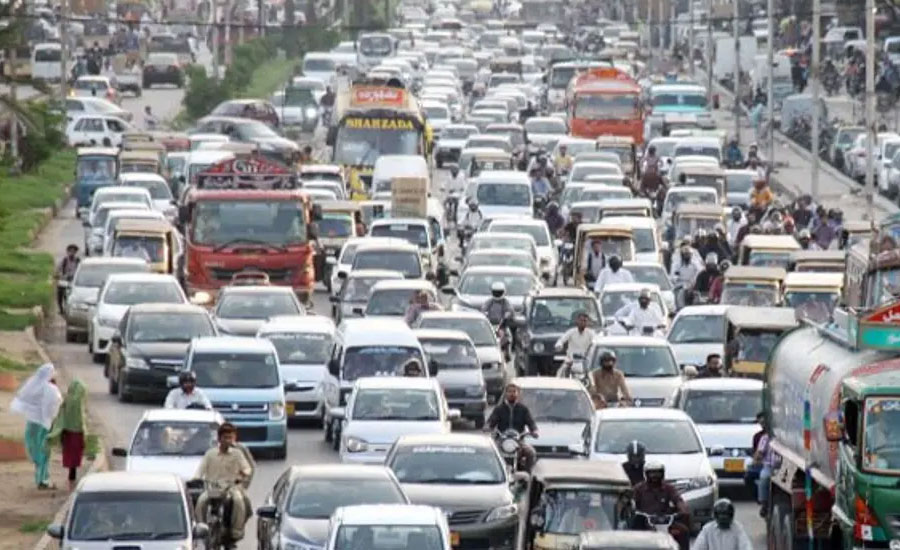 KARACHI (92 News) - Sit-ins in solidarity with the victims of the Machh massacre continued more than 20 places in Karachi Friday morning, causing traffic jams in the metropolis.

According to the reports, multiple roads across Karachi remained blocked while traffic jams ensued on major roads of the city after protesters continued their sit-in against the Machh massacre. The citizens are facing difficulties due to the sit-in and road blockage.

It is pertinent to mention here that in Quetta, the families of the victims and other Hazara people have blocked the Western Bypass. They have been protesting with the bodies for six days and have vowed not to leave unless Prime Minister Imran Khan meets them in person, ensures the safety of Hazaras and promises to arrest the perpetrators.

Protests continued in multiple other parts of the country as well such as Islamabad, Lahore, Hyderabad and Faisalabad.

Both tracks to and from II Chundrigar Road have been blocked with barricades. Main Sharae Faisal from Drigh Road to Stargate has been blocked by protestors as well.

People have been advised to take the Shah Faisal route through service lanes and then head towards the Korangi Industrial Area.