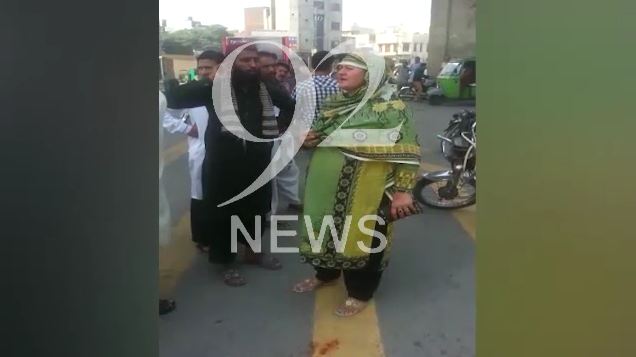 LAHORE (92 News) – A traffic warden has on Sunday violently attacked a woman and allegedly tortured her in Lahore Mazang Chowk. As per details, Nasreen Bibi was travelling from Chaburgi to Kalma Chowk on her car when the traffic warden Nadeem stopped her in Qurtaba Chowk and demanded documents, after which they had arguments with each other. Later, the arguments turned into a fight and Nadeem mercilessly beaten Nasreen Bibi. The area residents rescued the women and held a protest demonstration at Qurtaba Chowk. The protesters blocked the road for traffic. Chief Traffic Officer Tayyab Hafeez Cheema took notice of the incident and suspended two traffic wardens Rashid and Nadeem. On the other hand, the woman also approached SP Civil Lines to register a case against the traffic warden.