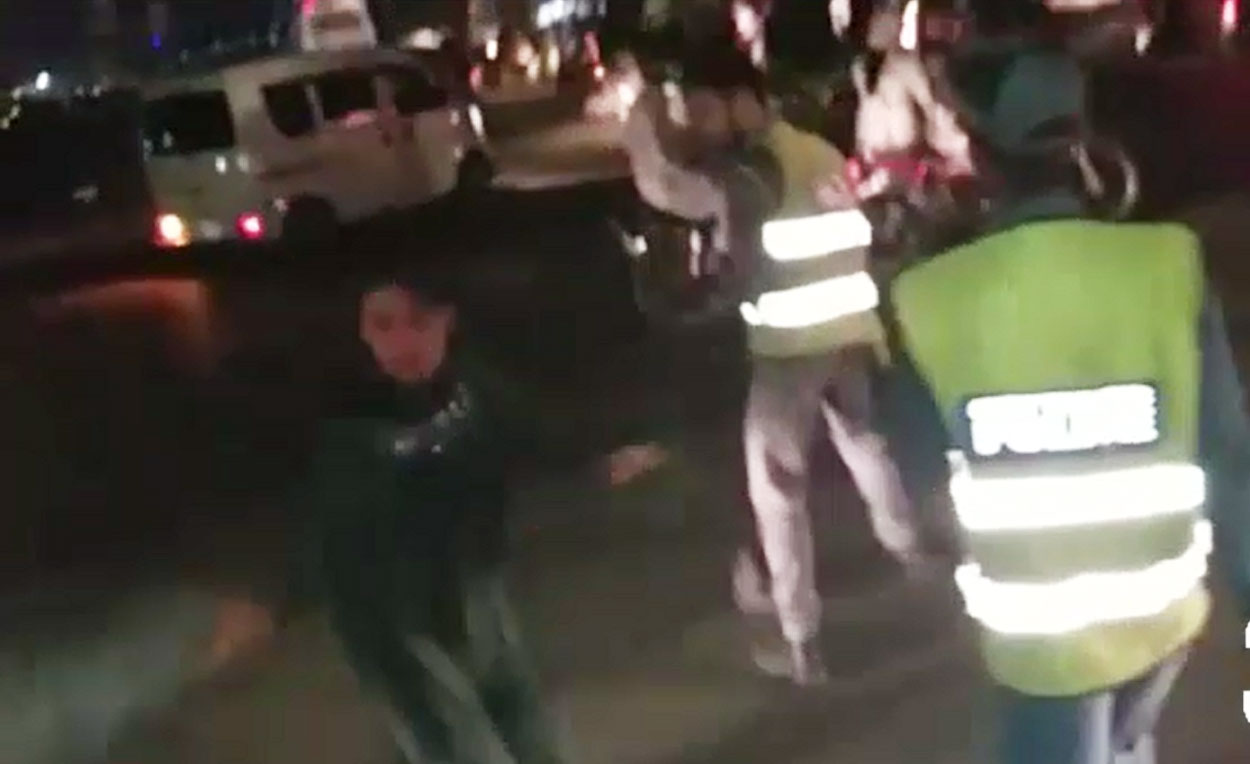 LAHORE (92 News) – A woman beat up a traffic warden at Shahdarah Lahore for asking phone number of a woman. According to the report, the woman said that she was travelling from Lahore to Kot Abdul Malik on rickshaw and warden stopped her and asked for a phone number. The woman claimed that when she refused to give him her number, traffic warden misbehaved with her and starting to abuse. She slapped him which can be seen in the video clip. A video footage of the incident shows the warden harassing her. The video also shows other traffic police officers trying to restrain the woman and dispel the situation. Taking to the notice of incident, the city traffic officer directed to the investigation of incident.